Responsive design gives users a streamlined experience on all devices, from mobile to desktop to tablet. But how streamlined and responsive is the web development process itself? In this guest post, Sean Robertson, a senior developer at DOOR3, describes how he and his colleagues do responsive design well, freeing them to focus on higher-value tasks. 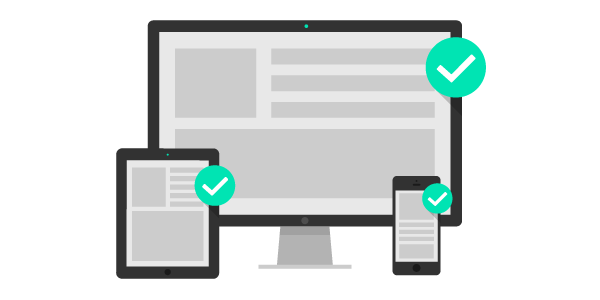 What is responsive design?

Is responsive design just another trend?

Mobile is increasingly becoming a very big deal for developers. Smartphone internet access is actually outpacing desktops. So responsive design is much more than just a trend. It’s a business imperative. It’s crucial to clients that their sites be accessible on a variety of devices. Besides giving clients better SEO and customer engagement, responsive websites also save money on development and maintenance. Rather than paying for a separate mobile site, responsive design makes it all-inclusive. Updates are easier because you’re updating one site, not two. We expect responsive design to continue to play a major role in our client projects.

What’s in it for the developer?

The big advantage as a developer and content manager is there’s only one theme to worry about. You don’t have a separate mobile site or theme. It’s all one, consistent piece of code. You’re using the same data in different sizes, but it’s all in one place. You don’t have to do the same thing twice.

When do clients ask for responsive design--or a site that works on all devices?

Most of our clients get responsive design when they get a new website. We’re getting a lot of people who are either on another CMS or on Drupal 6, and want to upgrade to Drupal 7. This is the perfect time to do a major redesign, and we recommend responsive design at that point. You’re already building the site. You might as well refresh the design at the same time.

What’s stopping everyone in the world from having a responsive website right now?

A common misconception about responsive design is you have to build it from scratch. Actually, you don’t. Not always.

What’s the fastest way to get a responsive website?

Drupal distributions are the responsive design secret weapon. Pantheon makes it easy to get up and running with a responsive website. If you’re creating a new site on the Pantheon platform, you can choose from a number of Drupal distributions that give you responsive websites out of the box. For example, Panopoly and Commerce Kickstart allow you to save time and money and get up and running quickly. It gives you the option of which Drupal distribution you want to install, and it sets up the git repository. If we were doing this otherwise, we’d be doing a lot more manual work. Downloading it, setting up the git repository. Pantheon streamlines these tasks.

Pantheon makes us more efficient in two ways. Sometimes we’re able to use a Drupal distribution to get up and running quickly. And most of the time we also take advantage of the separate development environments.

How does having three separate environments make you more efficient?

When we’re doing a migration, having the live site in one version of Drupal and the dev in another is definitely beneficial. We can do the migration and show it to the client on dev. Then we can continue migrating additional pieces if they’re adding things to the live site. We’ve done that recently. If we realize after the fact that there’s another piece to migrate, we can do that fairly easily.

Can you build a responsive website on your own mobile device?

That would seem to be the next step, right? We’ve been asking Pantheon to make their Dashboard responsive, so we can do more administration tasks on the run. You’d be surprised how much site admin I do on my phone already. I did an entire initial setup on my phone sitting in a bar one day.

What would you tell another developer who wants a more responsive development process?

Using Pantheon automatically makes your development process more efficient, and makes it easier to begin doing responsive design. The real advantage to using Pantheon is being able to test things more effectively with the three environments, dev, test, and live. The Pantheon workflow makes things a lot smoother for us, whether we’re developing responsive design or something else.

I’ve been using Pantheon a pretty long time. I’ve known the founders for more than 10 years. They have phenomenal customer support. The workflow is great. The documentation is great. The admin workflow is definitely the best of any hosting provider I’ve used.