Pantheon believes every end user deserves to see sub-second websites—over HTTPS—wherever they are in the world. Fastly’s technology offers Pantheon unique capabilities when it comes to this goal of simultaneously turbo-charging and securing customer websites. By building Fastly’s edge cloud platform into their website management platform, secure, sub-second pageloads are now within reach for every Pantheon customer.

Fastly’s value boils down to three main edge network capabilities: performance, control and security. Only with all three of these was Pantheon able to deliver the results it set out to achieve for its customers.

A website needs to run blazingly fast to be effective, and that starts with raw network performance. A single page request can require a ton of data to travel along a network of cables and switches, including multiple round-trips to establish the connection and start the bits flowing. Throw in some images, custom themes, plugins and complex logic, and things start to slow down, especially for users that are further away. Add TLS into the mix and you’ve got a client-server handshake—more round trips—crossing oceans and continents to establish a secure connection.

Putting a site behind Fastly immediately improves network performance, as all requests are automatically routed to the closest Fastly server. So no more trans-atlantic voyages for European users hitting US-based websites. Instead, most (if not all) requests and responses are handled by Fastly’s 15 Tbps (and growing) global network. This makes for rapid delivery, better user experiences, higher search rankings, more conversions, and a seamless ability to scale.

Fastly’s benefits go beyond pure network optimization. Our edge technology is built to meet the next-level capability of caching the whole page response at the edge, as opposed to merely optimizing requests and caching static assets. Delivering the whole response from one of our points of presence radically speeds up the end-user experience, and is key to getting to a sub-second pageload target.

However, running a dynamic CMS behind a full-page cache requires the ability to expire content when things change. Fastly has the ability to expire content globally in 150ms (just over a tenth of a second) on average via a single API call, which we call Instant Purge. Further, surrogate key purging simplifies the process of removing multiple related objects across a website without impacting performance. Pantheon uses these capabilities to programmatically remove stale or outdated content from customers’ websites.

Like Pantheon, Fastly is built on Varnish—the powerful HTTP accelerator. Varnish has been part of Pantheon’s stack since day one, meaning that moving customer caches out to Fastly’s edge was a seamless transition. For them, it was like taking their existing Varnish page cache, and scaling out world-wide.

Pantheon has already invested quite a lot in developing the perfect Varnish setup for Drupal and WordPress, and Fastly gives them all that power and more. Alongside creating custom VCL (Varnish Control Language) rules, every Fastly feature can be configured via a fully documented API—from provisioning a service and uploading TLS certificates, to managing surrogate keys. Pantheon has fully automated their Fastly integration, so it operates on-demand for every site, and they’re poised to deliver new features as our edge cloud platform evolves over time.

Straight out the box, Fastly offers two major security benefits, which as it happens are also key to delivering on the ultimate goal of fast site performance. The first is “bring your own cert” TLS termination. This means that even before any website caching, there’s almost no latency in establishing an HTTPS connection, since you can skip multiple expensive round trips back to the origin server in order to set up the secure channel. Then there’s the immediate benefit of having requests distributed across a 15 Tbps network. This means that any spikes in legitimate traffic are effortlessly handled. Since Fastly’s entire network acts as a scrubbing center, Pantheon customers are also automatically protected from Layer 3 and Layer 4 DDoS attacks.

Terminating HTTPS at the edge and the ability to handle enormous volumes of traffic are key for Pantheon to deliver security in a way that enhances performance, rather than as a trade-off. Connections are quick, and no matter how successful any one customer is, there’s no impact to the broader platform as Fastly’s massive network can absorb internet-traffic with ease.

Some of the world’s most popular websites have moved over to Fastly in recent years. The New York Times, Twitter, BuzzFeed and Pinterest all look to Fastly to serve rapidly changing content at unprecedented scale. Fastly makes this possible by offering the industry’s most responsive caching solution optimized for serving dynamic content.

An early mutual customer that laid the foundation of Pantheon’s partnership with Fastly was the American Civil Liberties Union (ACLU). They saw a massive spike in visitors to aclu.org after the immigration ban was announced in January, 2017. Fortunately, they were already leveraging Pantheon hosting and Fastly delivery, which allowed them to support traffic at a staggering 8,699% above the normal rate, without any service interruptions. This additional traffic brought in an extra $24 million in donations—six times their yearly average in just one weekend!

We look forward to many more shared stories of success with Pantheon’s new Global CDN powered by our edge technology. 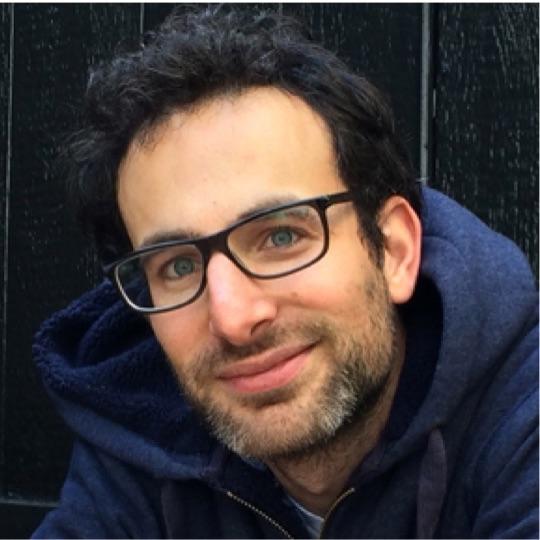