Pantheon at WordCamp US 2018 in Nashville

Pantheon was proud to participate at WordCamp US 2018 in Nashville in a variety of ways. Seven of us traveled there to sponsor, organize, and deliver three sessions.

The Pantheon Booth gave us the opportunity to have lots of great good conversations and give away some good stuff. We had pens, tote bags, and stickers, but the most popular item was the stress bolts, little yellow squishy lightning bolts with the Pantheon logo. We had one new team member who reminded us how awesome it was to have so many current customers come up to us to tell us how much they love Pantheon. (We don’t take that for granted, but it was fun to see it through new eyes). Naturally, we also introduced our workflow, development tools, and world-class hosting to many new people.

We were deeply honored that three of us were accepted to give talks at the event, especially when we found out that WCUS had only two speaking tracks and 30 speakers total.

Andrew Taylor was the first Pantheor to speak on Friday, delivering Holy Blockamole: Tips On Learning Block Development. Andrew summed up his talk as “Don’t try and jump straight into learning React and writing custom blocks for WordPress 5.0. There is a lot that can be done to adopt the new editor with just PHP and CSS. Try adding theme support for optional items, such as wide alignment and color palettes. Templates for custom post types are also a great way to give your users a starting point much less daunting than a list of blocks when they create content that should follow a specific format.” 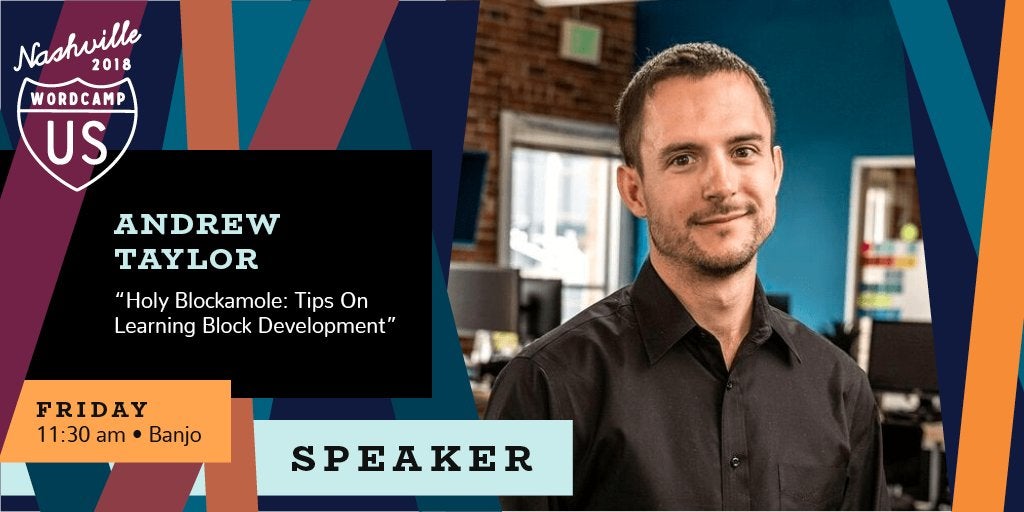 Next up, I gave a lightning talk on Stamping Your Open Source Passport. I really felt the love in the room after this talk. I hope I inspired a few more people to venture out beyond our natural community borders. There’s so much to be gained from having Open Web practitioners getting out of our bubbles to talk, share, and learn with each other. 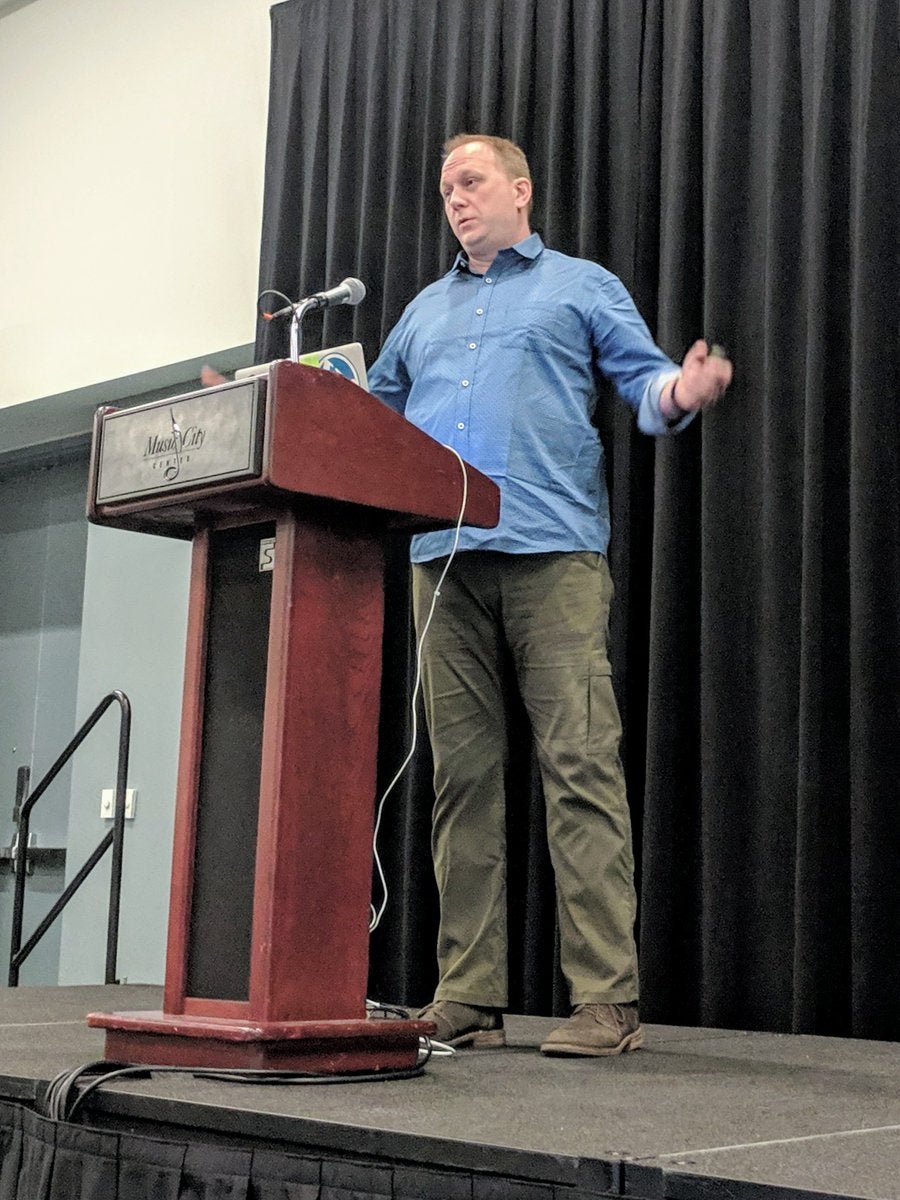 Rounding out our session delivery was Dwayne McDaniel who delivered a lightning talk version of his Nobody wants a website. They want results! His top goal for the room was to share best practices with one another. “If we lean in together as a community and share what works and what needs improvement with our business processes, we can all benefit. That is the conversation I want people to have.” 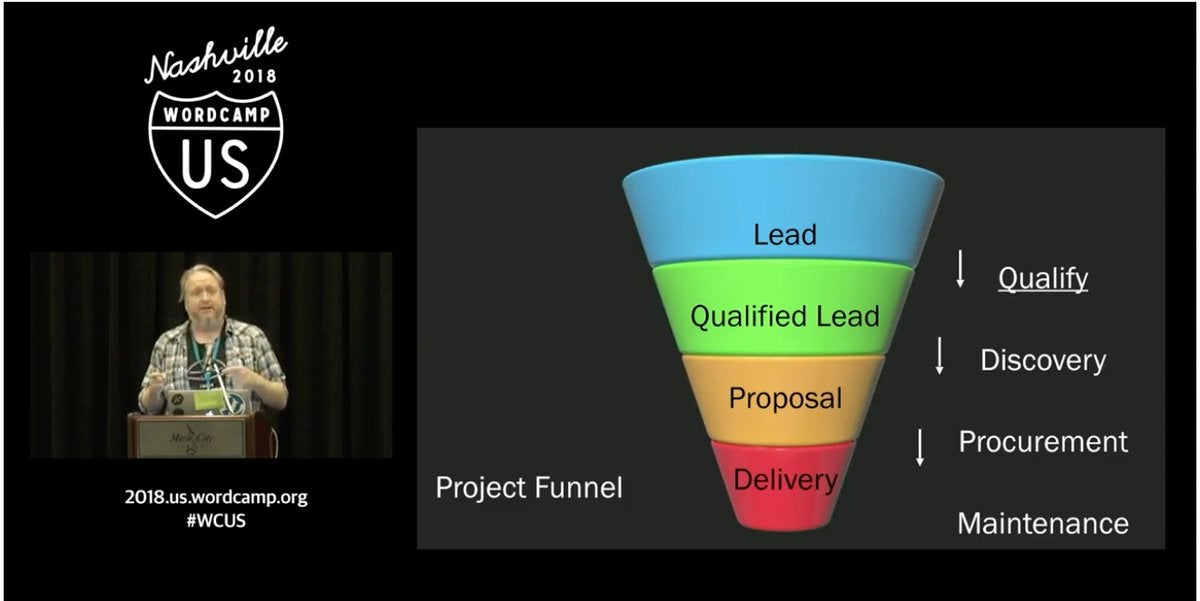 Aside from running our booth and speaking, our own Tessa Kriesel and David Needham were Organizers. If you know either of them, you know how much they love helping others so this was a great fit for their skills.

Tessa summed up her experience: “I was overjoyed when they accepted my organizer application. I had the opportunity of spending both days helping speakers and making sure things went smoothly. It was pretty great because it meant I got to see every session in the room I was helping. I was impressed by every speaker and amazed at how many great speakers we were lucky to have.” and David added,  “it has been an honor to serve with all of the skilled, passionate people on the team this year and I look forward to doing it again next year.”

Besides being the largest gathering of WordPress folks, WCUS is also host to the largest Contributor Day in the US, where volunteers get together to work on the project’s code, documentation, marketing, and more. We had three team members helping drive the day this year, Andrew, David, and Dwayne.

Andrew pitched in with the WP Rig team, which he’s been actively contributing to since the summer.

And thank you to all the people who showed up for the #WPRig table at Contributor Day! pic.twitter.com/kuSatyZfQ9

David worked with the WordPress Training team as they focused on drafting, proofing, and publishing lesson plans. By the end of the day, they merged three pull requests for lesson plans, including one that David worked on.

Meanwhile, Dwayne helped coordinate the efforts of the WordPress Community Marketing team. After the event, he shared that “It was really amazing to see this team of volunteers come together and get so much done in a single day. We were able to produce a Rolling Stone Case Study, deliver new copy for the Community and Training teams, and groundwork for promoting the 5 for the Future campaign.”

It was great to be able to participate and help drive the project ahead, both at Contributor day and beyond.

Naturally, we had a chance to be social as well. On Friday we hosted a community get together at Flying Saucer Draught Emporium. On Saturday some of our partners gathered for an appreciation event at Kitchen Notes.

Thanks @getpantheon for an amazing dinner during #WCUS December 8, 2018

The official party was at the Adventure Science Center, a great venue for exploring, chatting, and learning. There are a ton of interesting things to do and see, including a fantastic planetarium show with a really engaging host.

Nice after party at the Adventure Science Center. Chatting with London friends. The worldwide WordPress community is so cool! #WCUS pic.twitter.com/DiXyQPU9Of

State of the Word

Per tradition, Day two ended with Matt Mullenweg presenting the State of the Word. The hall was standing room only with hundreds more watching from their homes, viewing parties, and on their mobile devices all over the world. Matt started by talking about how it was painful to watch people use the old editor and showed several user testing examples that made people cringe. This served as a reminder for why WordPress 5.0 was such a huge push to get Gutenberg into core.

Here’s photo number 400, the frame I was looking for throughout the entire SotW, and didn’t capture until almost the end of Q&A. And also frame 1, taken the moment @photomatt stepped on stage. #WCUS pic.twitter.com/EqBUqUsfNd

He also spent time talking about the future and the move to edit the whole page in a Gutenberg style, not just the contents of a post. He also shared that improved collaboration features and a much better approach to multilingual will be future focuses. Naturally, there was a lively Q&A that followed as well, including Morten, who posed a sharp but thoughtful question about the meaning of the word “We” in WordPress.

WordCamp US comes but once a year. With this one in the books, we also bid adieu to Nashville as our host for the last two WCUS events and, by coincidence, DrupalCon 2018 as well. Nashville gave us a lot of fond memories. The great music that flows through the town offered us a wonderful backdrop to connect, learn, and grow as a community. And, as ever, it was wonderful to spend time with old friends and make new ones too. The WordPress community rocks.

My good friends @bph & @dgorton meeting in person for the first time at #WCUS ❤️ pic.twitter.com/WAbSsC8gp7

WordCamp US is a success thanks to the hard work of all the volunteers, organizers, speakers, sponsors, and attendees. We feel fortunate to be part of that group and look forward to another year of great events and St. Louis and WordCamp US 2019! 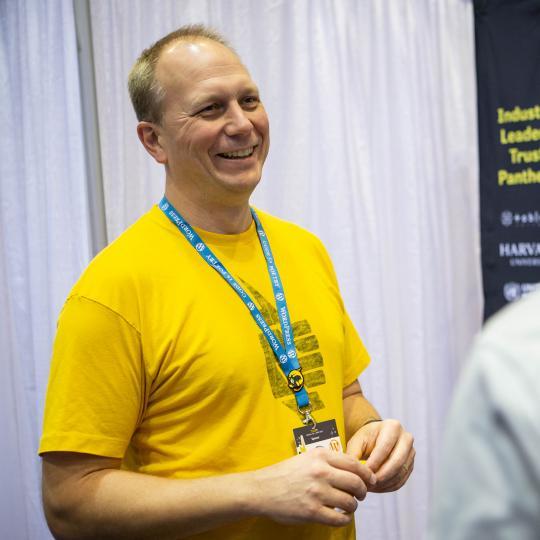