This week DockerCon brought together developers from around the world to discuss the burgeoning discipline of Linux containerization. It’s not just a developer space though: it’s a technology already used heavily by internet giants like Google, and is of course the foundation for Pantheon, the Professional Website Platform.

Inspired by all the news, I did a quick census and am proud to report that we are now managing over 250,000 (a quarter million) containers in production. Read more to learn what that stat means and why it matters. 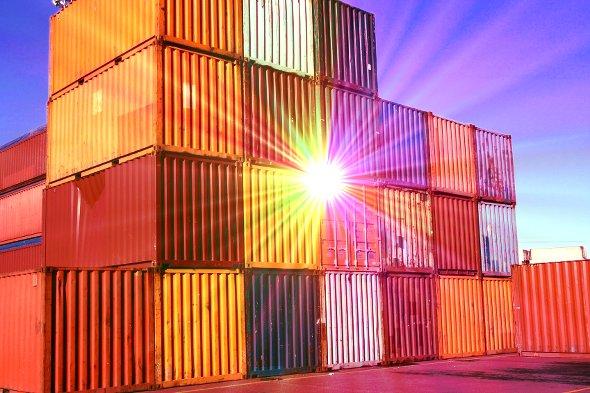 If we were a hosting company, we’d be so f*cked right now.

Everything else we do — from Multidev to Pantheon One — is built on top of those core capabilities, and they’re simply not achievable with traditional hosting architecture. Regardless of whether you’re running VMs in Amazon EC2 or racking pure iron of your own design, the “server” as a unit of measure simply can’t deliver.

On the consistency front, you hit phase-shifts between hosting models as you scale — shared hosting to start, then dedicated instance, and finally a cluster — all of which have severe implications for application performance, as well as the responsibilities of the developer. This is clearly not the future of the web. It’s too complex, clumsy, and cumbersome. Not to mention that multiple environments are a non-starter once you reach cluster-scale.

Just think about it — EC2 is great and all, but if we had to manage 250,000 instances? That would be an operational, ahem, challenge; one that would require a large dedicated staff even with great automation and tooling. Not to mention tens of millions of dollars a month in Jeff Bezos’s pocket.

Which brings us to the “free for developers” part. Even with the cloud wars driving prices down, giving away free VMs is not a sustainable business model. Several startups that launched around the same time as Pantheon have shut down, been acquired, or pivoted after learning this the hard way. In fact Docker is one of them!

Today, Docker is highly successful and doing great good in the world, but before they were Docker they were “DotCloud” — a generic PaaS along the same lines as AppFog. That experience helped them realize that servers were a dead end, so in classic startup style they retooled, rebranded, and relaunched and became the amazing nexus of innovation they are now.

At this point very few will dispute that containers are the future, but Pantheon’s work with the core tech stretches back for more than three years. We've been "shipping" like this for quite a while now. Along the way we've made major contributions to core container tech like systemd,  the future process manager for every major Linux distribution.

Our expertise and experience here is what gives us our ability to scale so efficiently, and with such agility. With a quarter million web infrastructure containers under management, we’ve proven this model is more than a flavor of the month developer trend.

We’re not (yet) on the same league as Google — they launch over 2 billion containers a week (!!!) — but we’re well on our way. We’re also happy to help the rest of the internet dive into next generation infrastructure. Come on in! The water’s fine.