We caught up with John Doyle, the CEO of Digital Polygon, shortly after his team relaunched their agency website using Pantheon’s decoupled solution, Front-End Sites. Doyle created Digital Polygon four years ago to deliver cutting-edge solutions to clients' most challenging business problems through the use of open-source technologies. 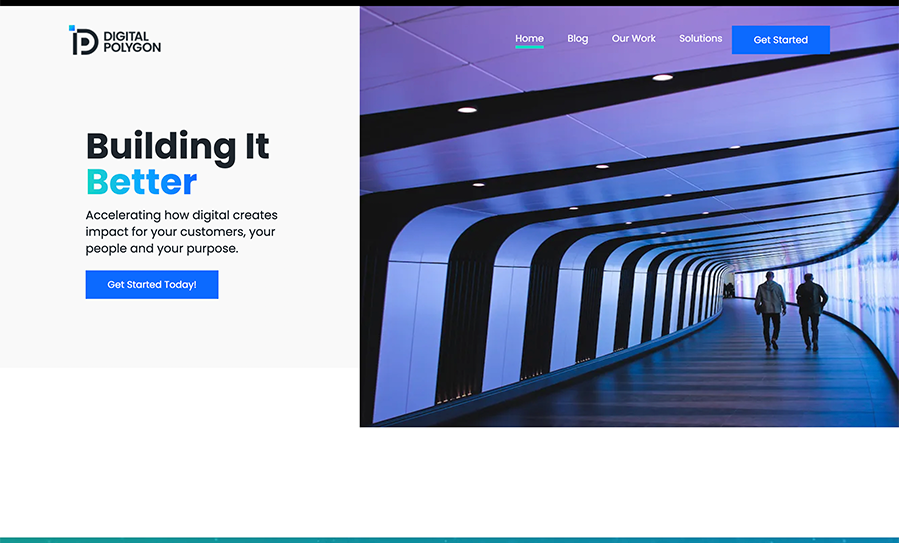 Digital Polygon was one of the first agencies to enroll in the Early Access program for Pantheon’s new decoupled solution, and we are excited to share this exclusive first look at his experience and results.

Pantheon: What made you decide to build sites with decoupled architectures?

John Doyle: I got really excited about decoupled when I saw the updated frameworks being released at DrupalCon Portland this year. Before that, you know, it was a buzzword. It was the trend that people were talking about, but any time you looked into it or started going down that path, there were significant barriers, whether it was that the technology wasn't ready, or it required two separate teams, or you had to go to two separate hosting providers and manage two different workflows. Things like that.

After seeing improvements to the frameworks and starter kits, it started settling in that [decoupled architecture] is ready for the mainstream, and it's not just for large enterprises or unique use cases.

There are several benefits and innovations that we can make by leveraging React front-end frameworks instead of trying to use templating systems from Drupal or WordPress. It gives us a lot more freedom and flexibility to build robust websites for clients, to have better integrations, to have a better customer experience overall because the technology that we're using for the front ends has evolved much, much faster than the traditional CMS  front ends. That's why I'm really excited about decoupled. That's why we're pushing in this direction and why I’m starting now.

Pantheon: Why did you decide to work with Pantheon’s decoupled solution?

John Doyle: I've got a very strong, professional network at Pantheon. That's one of the things that drove me to be an early adopter and put in the time and effort. We work with Pantheon because the partner program, or at least how we work with the partner program, is extremely beneficial. It's a two-way street. It's not just, “Hey, what leads do you have for me today?” There's a lot of benefits that we get [working] together, like targeting accounts together or doing shared marketing. It’s super beneficial to me and hopefully to [Pantheon] as well. Pantheon’s technology stack provides a DevOps workflow, and the WebOps experience allows us to build faster than if we were on other platforms. It gives us the flexibility we need to support the types of workflows we want to run, and adding the decoupled offering allows us to go to one place, for all the sites, to leverage the workflows.

The teams are familiar with how to leverage the same automation that we are typically used to. [Pantheon] doesn't require us to build a bunch of things from scratch like we would have to on many other Node.js platforms that we have worked with before. Centralizing on a platform like Pantheon that we already use for most of our backend projects allows us to make that easy connection, leverage the starter kits that are built there and have one place to go.

If something goes wrong, it is a big selling point to me, and to a lot of our clients, not having to set up two separate contracts or losing all of the benefits that we get from automation and DevOps.

Pantheon: What are you seeing in the marketplace? How much demand is there for decoupled architectures now?

John Doyle: I think what is needed in the marketplace now is spreading more information about the fact that decoupled is ready for the mainstream.

You don’t need two separate architects and two separate teams to be able to build, manage and take advantage of these technologies. Sure, that would be helpful, but the starter kits and the setups are advanced enough that it's not going to double the length of your project or cost you twice as much as it would to launch a traditional CMS. With the technology and the starter kits that are in place, we can spin up a site possibly faster than we could traditionally if we've got the right people on the project. And the benefits that we get from a [decoupled] site – speed, SEO optimization and just the user experience – provide us with that additional layer of value.

But for wider adoption, I think there needs to be some education done to the market that says, “This isn't a huge colossal thing that only enterprises can do. Everyone can take advantage of it.” It's easy to spin up when a company like Pantheon puts a framework in place to make it easy for developers. So, you know, I’m seeing clients in the market talking about decoupled and wanting to explore it.

Pantheon: When it comes to educating customers and agencies, what do they need to know most about decoupled architectures?

John Doyle: From my perspective, number one is cost and time to launch. Number two is the benefits and the advantages that you get as a team. A core benefit of [decoupling] goes back to DevOps. How can I improve my developer workflows? How can I reduce technical debt? How does using the right technology for the right job help me in the long run in delivering better, faster, and more productive work? There are a lot of ways organizations can benefit depending on where they are in their journey toward digital transformation.

And then the benefits you get, many CMS teams haven’t used React and they haven’t been able to make changes without going to a developer. I think, touting the benefits of Next.js in general, for marketers is a benefit, pushing Drupal CMS core capabilities and using it for what it's really great at. And then depending on who you're talking to, there are security benefits of not exposing your Drupal site. Just exposing React is much safer, assuming you have your APIs set up correctly. It also allows us to do feature-based development now without the risk of taking down the whole application and impacting my data and my data security on the back end.

These are the types of things I think the market needs to learn about. But you know, from a buyer's perspective, costs, time to market and ongoing maintenance cost of it. Is it going to cost me twice as much to own because I have two sites, I think generally the answer is no. And you know consolidating platforms on Pantheon is a big benefit. 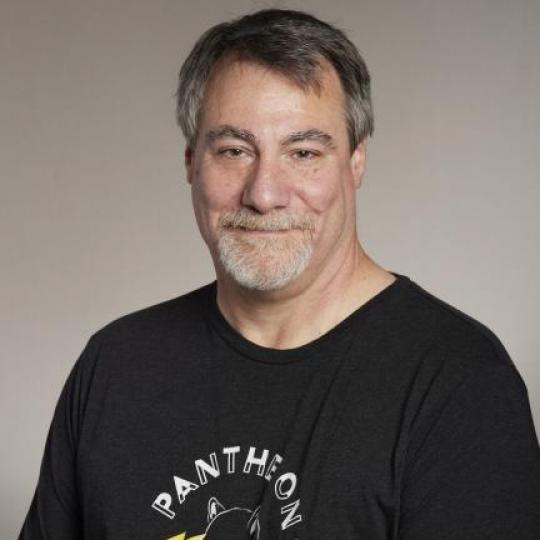