When we think of technology pioneers, we tend to think of men, like Steve Jobs, Bill Gates, and Mark Zuckerberg. But there are also countless women whose contributions to computer science and engineering have formed the basis of many of the gadgets and technologies we use today. 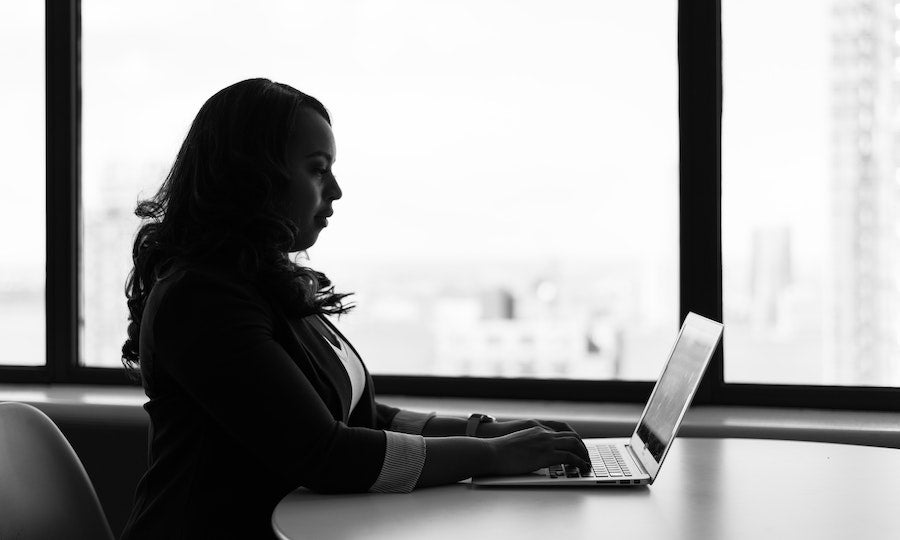 In honor of Women’s History Month, here are just a few of the many brilliant women who have forever changed how we use and think about technology.

“Mathematical science shows what is. It is the language of unseen relations between things. But to use and apply that language, we must be able fully to appreciate, to feel, to seize the unseen, the unconscious." 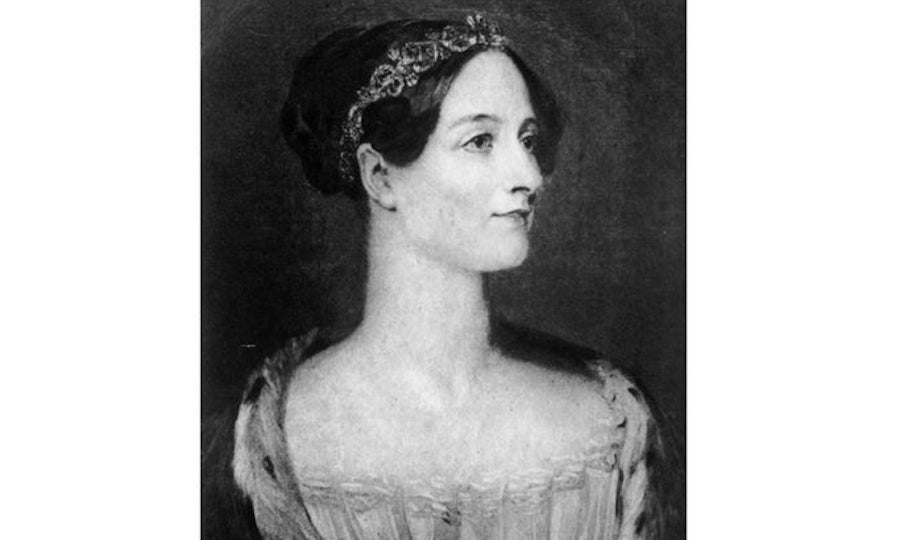 Born in London in 1815, Ada Lovelace was a mathematician, the daughter of famed poet Lord Byron, and earned the moniker “the world’s first computer programmer” for writing an algorithm for a computing machine in the mid-1800s.

Though her work — which included a method for a process known as lopping still in use today — was published in an English science journal in 1843, Lovelace’s contributions to computer science were not widely known until the 1950s. In 1980, the U.S. Department of Defense named a new computer language, “Ada,” after her.

“To me, programming is more than an important practical art. It is also a gigantic undertaking in the foundations of knowledge.” 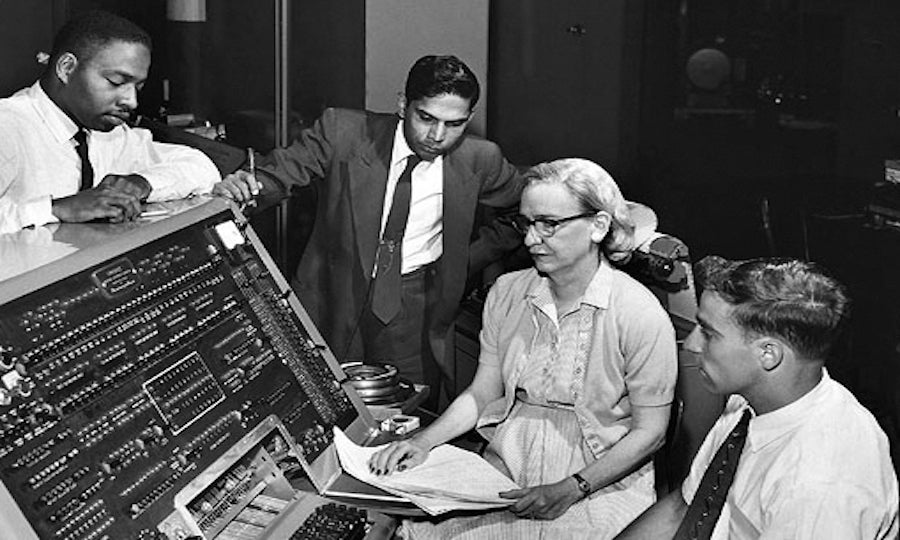 As a child, Grace Hopper demonstrated an early interest in engineering by taking apart household objects to see how they worked, then putting them back together. Born in New York City in 1906, she would go on to earn a PhD in Mathematics at Yale, and help to create UNIVAC, the first all-electronic digital computer.

Hopper also invented the first computer compiler, a program that translates written instructions into codes that computers can read, and co-developed COBOL, one of the earliest standardized computer languages. She is credited with coining the term “bug” to describe a computer flaw, after she and her colleagues took a malfunctioning computer apart and found a large moth inside.

“There was a real pride in being able to have talent, resources, and knowing that we could get in here and really, really do something great.” 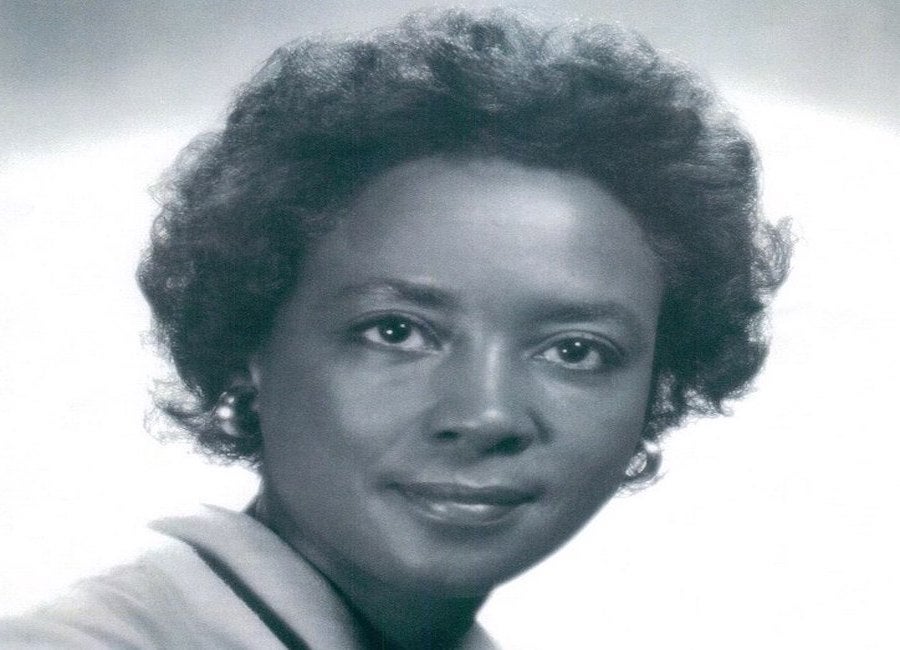 Annie Easley was born in 1933 in Birmingham, Alabama, and in 1955, began her career as a “human computer” at the National Advisory Committee for Aeronautics (NACA), the agency that would eventually become NASA. Her earlier work included running simulations for the Plum Brook Reactor Facility, and when humans were replaced by machines, she became a computer programmer.

Easley developed and implemented code used in researching energy conversion systems and analyzing alternative power technology. — including the battery technology that was used for early hybrid vehicles, as well as for the Centaur rocket. While completing her college degree in mathematics, she worked with local programs to encourage young students to explore what would later be known as the STEM field. She also worked as an Equal Employment Opportunity (EEO) counselor at NASA by addressing race, gender, and age discrimination complaints.

“Hope and curiosity about the future seemed better than guarantees. The unknown was always so attractive to me … and still is.” 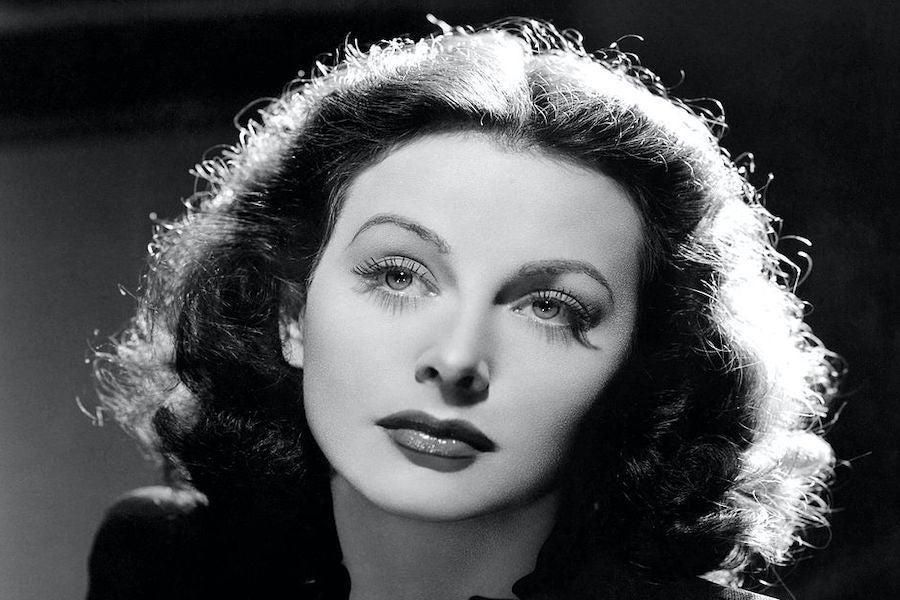 Hedy Lamarr was born in Vienna, Austria in 1914, and though she is best known for starring in films like "Samson" and "Delilah" and "My Favorite Spy," she was also a talented inventor who pioneered the technology that would one day become Wi-Fi, GPS, and Bluetooth.

During World War II, Lamarr and composer George Antheil devised and patented a frequency-hopping signal for torpedoes that would prevent them from being jammed or set off course. During the Cuban Missile Crisis, an updated version of their design was installed on Navy ships, and similar techniques were used in legacy versions of Wi-Fi and incorporated into Bluetooth technology. For this work, Lamarr and Antheil were granted a Pioneer Award from The Electronic Frontier Foundation, and Lamarr was the first woman to receive the Invention Convention’s Bulbie Gnass Spirit of Achievement Award. Lamarr was also inducted into the National Inventors Hall of Fame in 2014, and is now known as “The Mother of Wi-Fi.”

Radia Perlman: The “Mother of the Internet”

“The world would be a better place if more engineers, like me, hated technology. The stuff I design, if I'm successful, nobody will ever notice. Things will just work, and will be self-managing.” 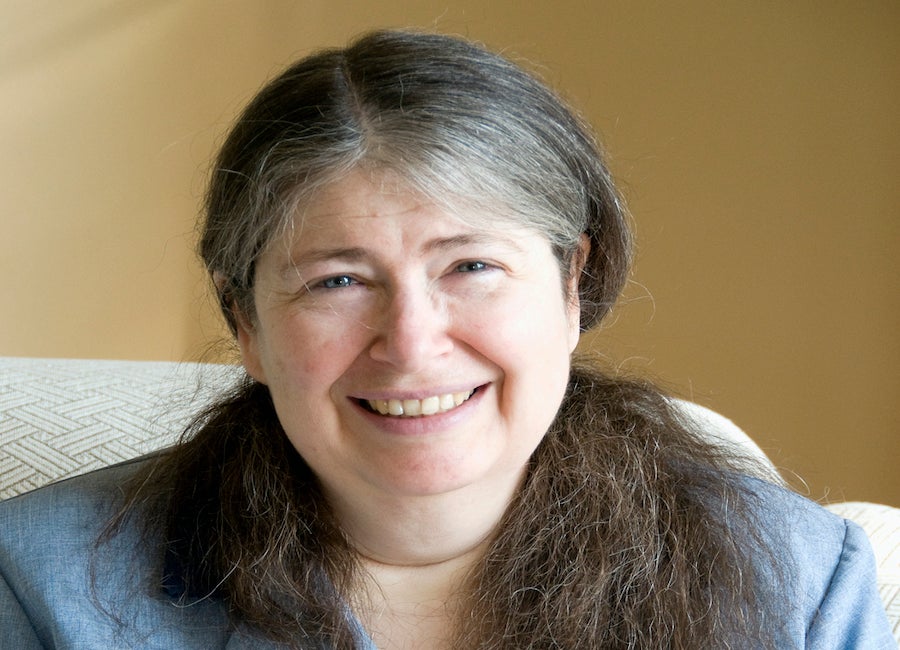 Engineer and mathematician Radia Perlman has played a key role in the growth and development of the Internet throughout her career. Born in 1952 in Portsmouth, Virginia, she is best known for creating the Spanning-Tree Protocol (STP), which transformed Ethernet from a technology limited to a few hundred nodes confined in a single building into a technology that can create networks spread over a large area. Another of her contributions is making Internet routing reliable and scalable. Her work has been described as having put the “basic traffic rules into place” for the Internet.

Perlman has received many awards, including induction into the National Academy of Engineering, the Internet Hall of Fame, and lifetime achievement awards from ACM's SIGCOMM and USENIX. She also holds over 100 U.S. patents, and is the author of two texts: Interconnections, on network routing and bridging, and Network Security, about cryptography.

"We had the quaint notion at the time that software should be completely, absolutely free of bugs. Unfortunately, it's a notion that never really quite caught on." 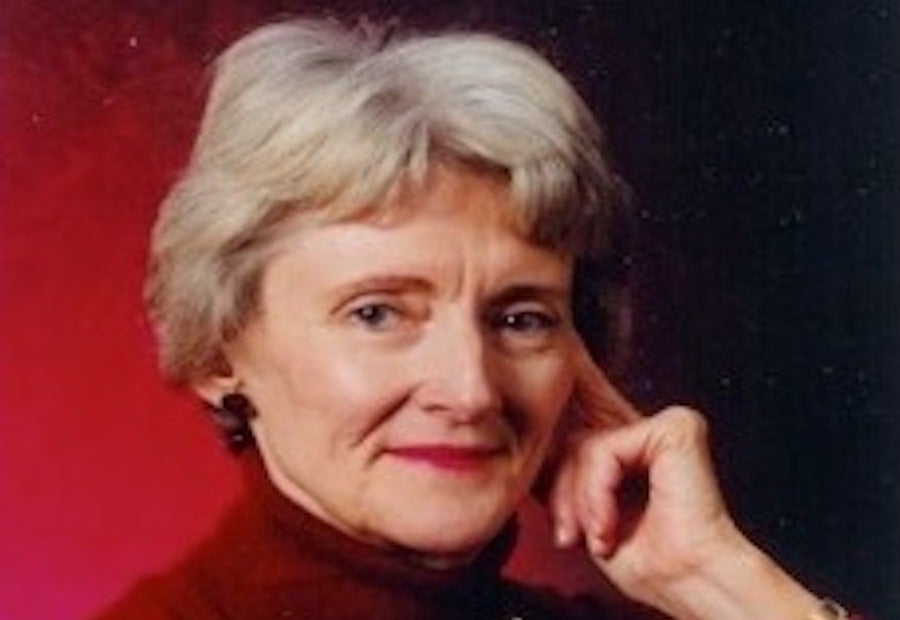 Mary Allen Wilkes, credited with the first person to build and use a home computer.

Mary Allen Wilkes is a former computer scientist, famous for being the first person to build and use a home computer. Born in Chicago in 1937, Wilkes worked as a computer programmer at MIT, where she participated in the development of the LINC computer and wrote its system software, including its interactive operating system known as LAP6, one of the earliest systems of its type for a personal computer. She is also well known for developing the assembler-linker model used in modern programming compilers.

Though she left the field of computer science to become an attorney, her contributions to computer science live on. Her work has been recognized alongside other great women in technology at Great Britain’s National Museum of Computing and by the Heinz Nixdorf Museums Forum in Paderborn, Germany. 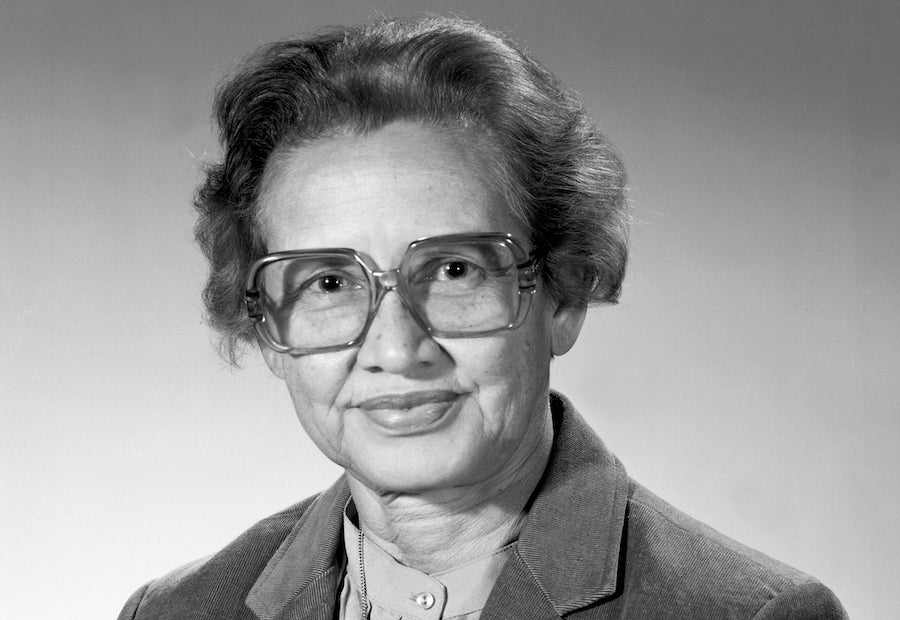 Katherine Johnson’s skill with numbers and intelligence were apparent from a young age. She was born in 1918 in White Sulphur Spring, West Virginia, and by the time she was 10 years old, she had started attending high school. At the age of 18, she graduated college with a mathematics degree and honors.

One of NASA’s Hidden Figures, Johnson calculated the path for Freedom 7, the spacecraft that put the first U.S. astronaut in space. The following year, at the request of John Glenn, she famously verified that the electronic computer had planned his flight correctly. As a member of the Space Task Group, she co-authored a paper about calculations for placing a spacecraft into orbit, making her the first woman in her division to receive credit as an author of a research report. In 2015, she earned the Presidential Medal of Freedom, and in 2016 NASA named a building, the Katherine G. Johnson Computational Research Facility, after her.

Elizabeth “Jake” Feinler: Laid the Foundation for the Modern Internet

“I think the Internet is one of the technological wonders of the world, and just to have been there at ground zero — we were the second host on the Internet, you know — was pretty exciting stuff!” 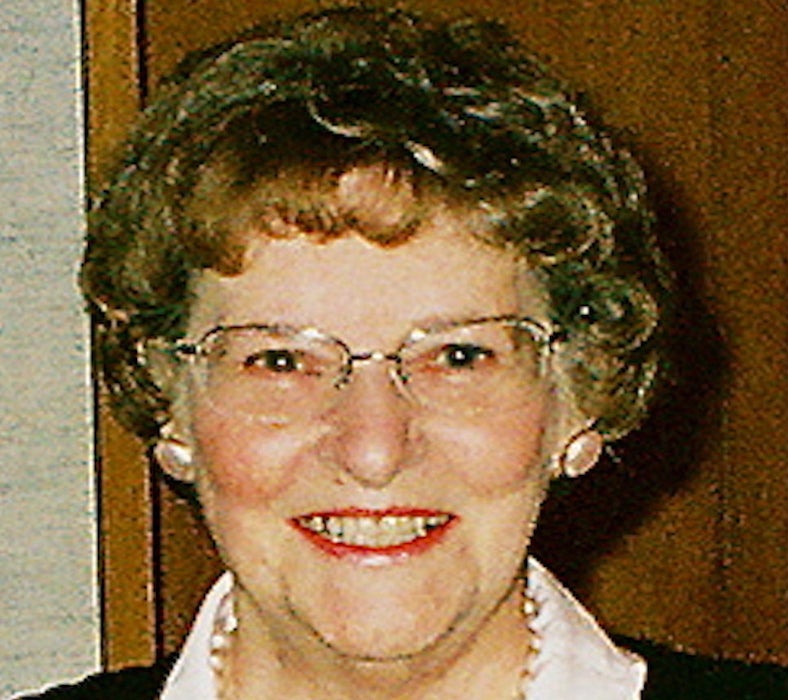 Known to friends as “Jake,” Elizabeth Feinler was born in 1931 in Wheeling, West Virginia, and is credited with having coined the phrase “dot com.” She was a pioneer in developing ARPANET, the Defense Data Network (DDN), and network information centers (NIC) under contract to the Department of Defense (DoD). These networks were crucial in the development of today’s Internet.

Throughout her career, Feinler created computer information services for universities, government agencies, and businesses. As head of the Network Information Center for the Science Research Center, she worked on developing the earliest Internet search engines, menu-driven computer interfaces, and email technology. Her team also created the naming registry for web domains, which included the designations “.com,” “.edu,” “.gov,” “.org,” and “.mil.”

"I think it's very important to get more women into computing. My slogan is: Computing is too important to be left to men." 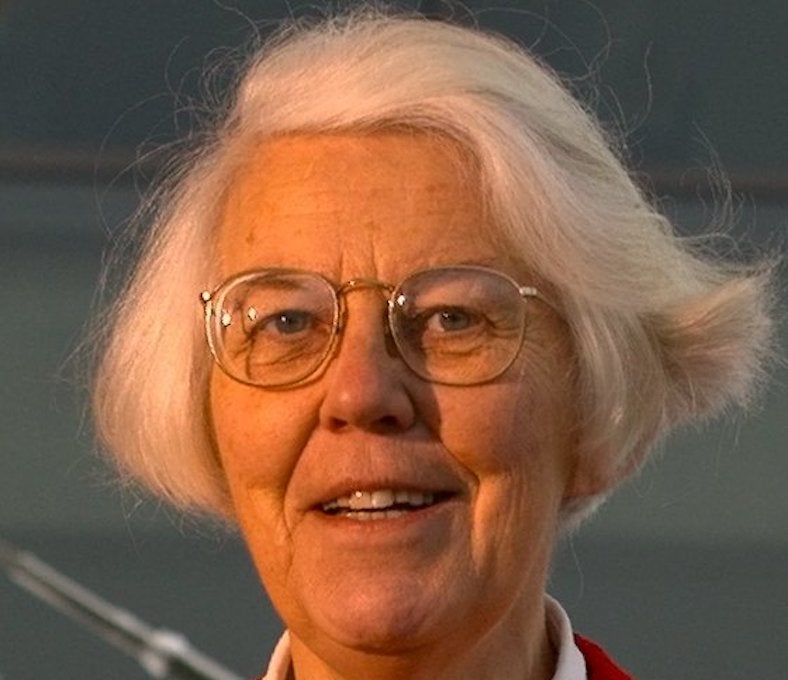 Born in the UK 1935, professor and self-taught computer programmer Karen Spärck Jones was one of the pioneers of information retrieval (IR) and natural language processing (NLP). Her technology established the basis of search engines like Google.

In 1972, she published a paper in the Journal of Documentation that laid the groundwork for the modern search engine. In it, she combined statistics with linguistics to establish formulas for how computers could interpret relationships between words. She was also a fierce advocate for women in technology. Her work earned her many prestigious awards and accolades, including the ACM SIGIR Salton Award, the American Society for Information Science and Technology’s Award of Merit, and the BCS Lovelace Medal.

“Don't ask whether you can do something, but how to do it.” 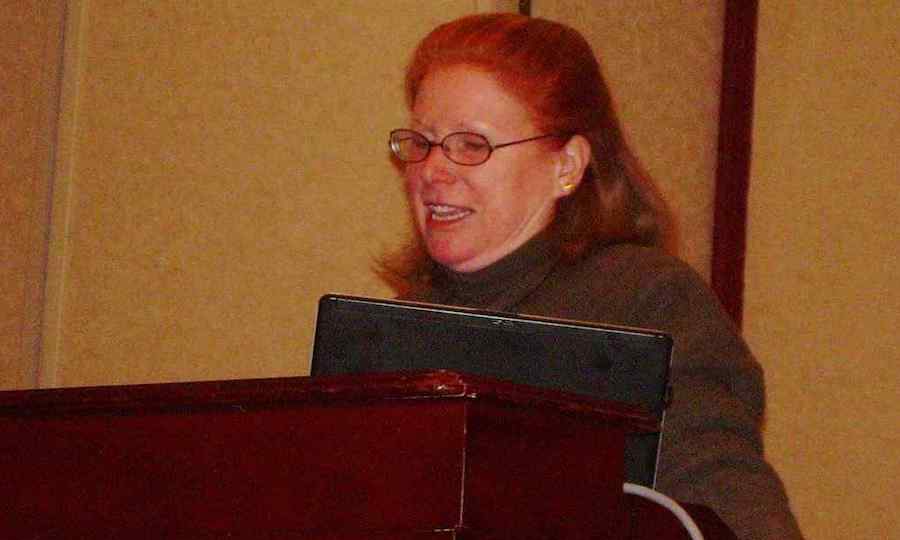 Adele Goldberg speaking at PyCon in 2007, image by Terry Hancock via Freesoftware Magazine.

Adele Goldberg was born in Cleveland, Ohio in 1945, and is a computer scientist best known for developing the concepts that would later become the basis for graphically based user interfaces or GUIs for short.

As a researcher at the Xerox Palo Alto Research Center (PARC) in the 1970s, she helped develop the programming language Smalltalk-80 and concepts related to object-oriented programming, including an environment of overlapping windows on graphic display screens. At one point, Steve Jobs requested a demonstration of the Smalltalk System, which Goldberg famously refused to give him, suspecting that Apple would appropriate the technology. Her managers overruled her decision, and Apple eventually incorporated many of her ideas into their Apple Macintosh desktop environment. In 2010 she was inducted into the Women in Technology International (WITI) Hall of Fame.

After going through this list of women who left their undeniable mark on technology and the world, we ask just one thing: Next time you fire up your laptop, perform a search on Google, or interact with technology at large, just stop and think about all the women responsible for these life-changing technologies, without whom none of this would have been possible. 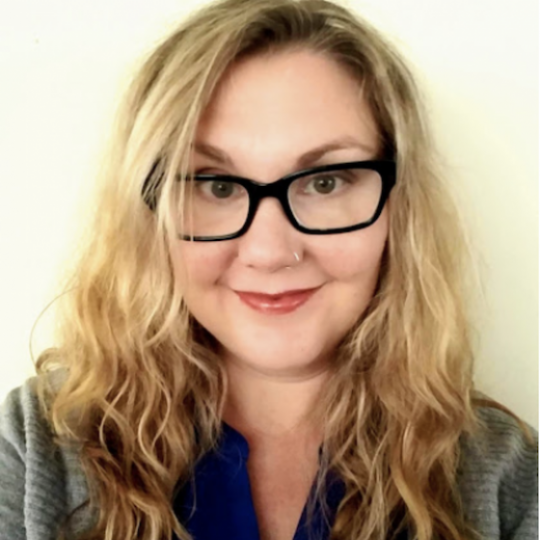