For 70 years, COIT has been the cleaning and restoration industry leader with innovative technology, superior cleaning methods and a commitment to customer satisfaction. They have cleaned over 12 million homes, over 3 billion square feet of commercial carpeting, and restored thousands of homes and businesses after natural disasters. Despite a tradition of technical innovation, COIT was lagging behind a critical component of its business—its website.

COIT and Kanopi Studios adopted an Agile methodology that leveraged Pantheon’s workflow throughout the site build so the team could work together seamlessly. By standardizing on the Pantheon tooling, the team found it easy to bring on new team members as needed. At the height of the project, five different developers were working together on the redesign, which increased development velocity without introducing overhead or friction.

“Building one website to service all our locations was a major undertaking.” 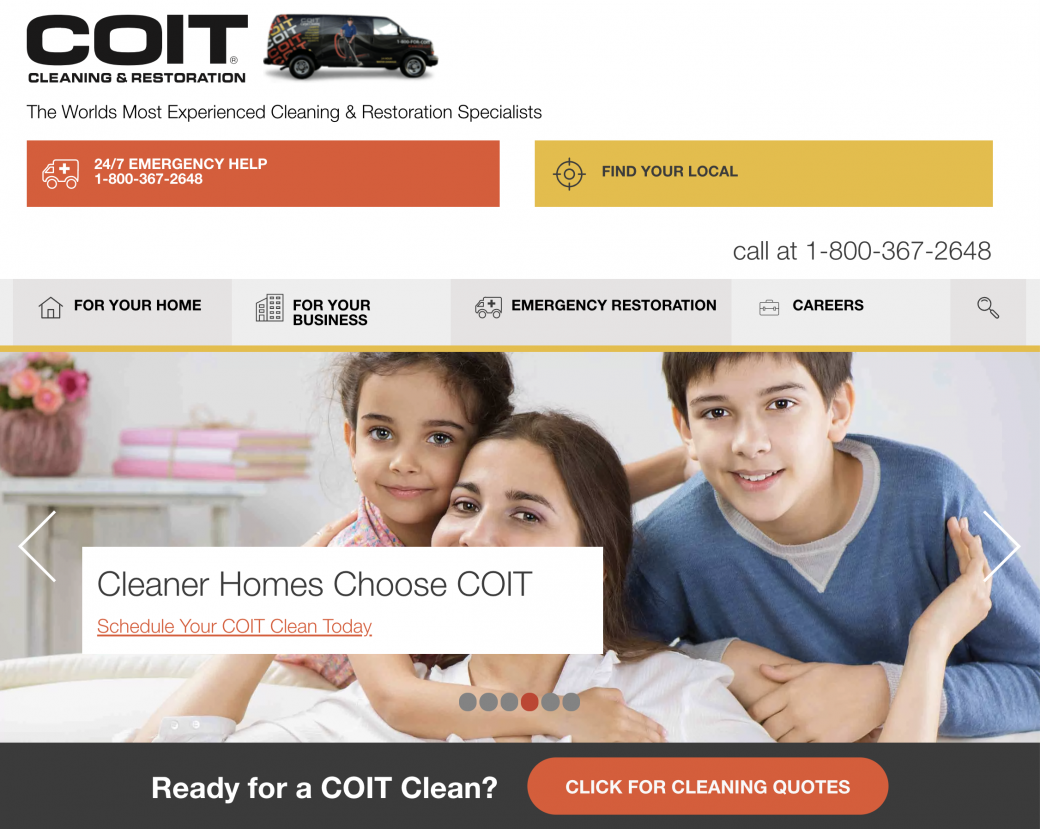 By leveraging the WebOps capabilities of the Pantheon platform, Kanopi Studios and COIT were able to deliver the redesigned site in less than four months, coming in ahead of schedule and under budget. COIT saw immediate growth in its business as the site went live, with instability and slow page loads now a thing of the past.

Sign up for the Weekly Demo
Drupal 8 on Pantheon: The Latest Stack + The Latest Drupal
The Perfect Website Launch: A guide for your next website project, from planning to deployment.

Join James Rutherford of Pantheon, Katherine White of Kanopi Studios, and Sara Arlia of COIT as they discuss the basics of CRO, how Kanopi and COIT applied these strategies as part of the COIT website redesign, and the ROI COIT earned on the project.