The privately held company has grown rapidly over the last decade and recently achieved a billion-dollar equity valuation. However, its website was not keeping pace with Qumulo’s expanded reach and value. When customers, investors, journalists, and influencers visited the site, they could not find the information they needed.

However, the CMS was heavily customized and difficult to work with. The lean internal team could not create page templates or optimize the site for SEO and conversions. Even when they looked for contractor help, few to no available developers had the skills to work with the custom Django CMS. Without the ability to quickly launch and iterate digital campaigns, the marketing team was not positioned for success.

When senior executives decided to expand Qumulo’s digital marketing strategy, the legacy CMS turned into an impassable roadblock. Kristi Whitman, Website and Optimization Manager at Qumulo, remembers that time well. “Even though I had a lot of experience with CMSs, the custom Django CMS made it very difficult and sometimes impossible to do my job. It was very limiting and created a huge bottleneck any time we wanted to do a digital campaign or make template changes.”

Whitman decided to experiment with the tools she already knew: WordPress running on the Pantheon WebOps platform. She spun up a Pantheon sandbox and quickly created a simple WordPress site that matched Qumulo’s branding. She created easily modifiable page templates optimized for sharing and conversion.

Even though I had a lot of experience with CMSs, the custom Django CMS made it very difficult and sometimes impossible to do my job.

Whitman was approved to migrate the corporate website to Pantheon. For expediency, the team retained the original design and copied the content.

IT got on board to make the DNS switch. After that, the marketing team could be self-sufficient and manage the site on their own using Pantheon. They launched the new site in August 2018 and followed up with a major redesign in 2020. The environment was so simple that they were able to do everything in-house.

Whitman said, “We launched digital campaigns, measured them, iterated them, and optimized them. Pantheon is the perfect platform for executing the full cycle of optimization.”

We launched digital campaigns, measured them, iterated them, and optimized them. Pantheon is the perfect platform for executing the full cycle of optimization.

Pantheon supports iterative workflows, so it was easy for the team to make and test changes. They could quickly add new features like blog subscriptions and clickable product interfaces. Structured Agile Workflows enabled in-house marketers to collaborate efficiently, and Multidev supported the contracted feature developers, freeing them to work asynchronously.

Rob Flores, Senior Digital Marketing Manager at Qumulo, said, “Pantheon’s platform and customer-centric toolset has been a great support for our WordPress website. The Multidev environment allows us to test changes to the website without any conflicts with existing code, and Localdev rapidly clones our website for rapid implementation.”

The flexible environment allowed the team to easily optimize each page for conversions.  Whitman said, “The development workflow is seamless. Changes never disrupt a live site, and I never have to worry about breaking an active landing page when I make changes to the environment. That's a pretty impressive platform.”

Pantheon simplified maintenance by offloading operational tasks like tracking uptime, daily backups, and transparently supporting updates and plugins. For several years after deployment, Qumulo’s digital marketing team did all the website maintenance with basic support from Pantheon. They eventually upgraded to the Pantheon Gold Tier so they could do even more.

Whitman said, “I love Pantheon support. They are so helpful, even when problems don’t originate within Pantheon. One issue turned out to be a code conflict between two plugins. The Pantheon engineers helped me figure it out. I have peace of mind that I won’t run into any issues we can’t fix.”

I love that Pantheon works so seamlessly with the best 3rd party tools like WPML and New Relic. Since Qumulo.com is expanding into multiple languages this year, our web development tools have to play well with each other while we scale up.

Pantheon also assured site performance during traffic spikes. When marketing ran an extensive, coordinated campaign to announce a major funding round, it spurred huge traffic spikes: up to 9X the normal traffic flow. Pantheon’s smooth scaling transparently managed the spike with no slowdowns or downtime.

“Qumulo achieved a $1.2 billion valuation in 2020, and we’re growing the business even more in 2021,” said Adriana Gil Miner, Chief Marketing Officer at Qumulo. “Pantheon and WordPress support our massive growth by enabling us to create a world-class website and extremely successful digital campaigns.”

Qumulo’s experience proved that WordPress CMS is not only popular with smaller businesses but also operates flawlessly at an enterprise level. Whitman summed it up. “When you use WordPress in conjunction with Pantheon, it's everything that large organizations need to build and optimize their marketing websites. WordPress plus Pantheon equals enterprise.”

Qumulo achieved a $1.2 billion valuation in 2020, and we’re growing the business even more — Pantheon and WordPress support our massive growth by enabling us to create a world-class website and extremely successful digital campaigns. 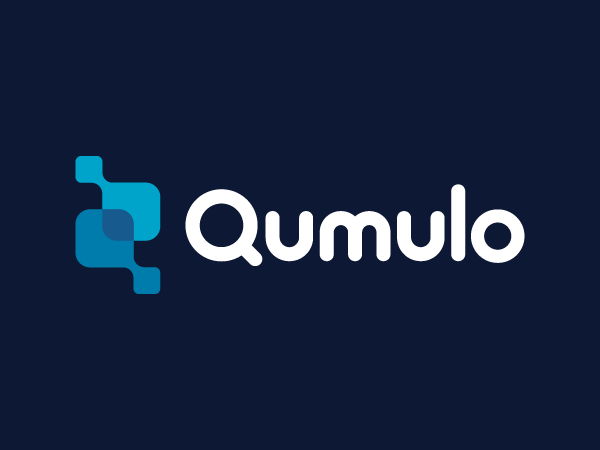