StoryMate provides an industry leading CMS solution along with development and support for two sizable publishing clients: Cordillera Communications and Quincy Media’s broadcast division. The two companies run more than thirty television stations, each reporting on news that can bring an unpredictable, instant, and wide range of traffic to their respective news sites.

StoryMate trusts the Pantheon web platform for stability, structure, and peace of mind for their publisher clientele. Even though clients’ site traffic fluctuates drastically, their sites stay available and responsive. 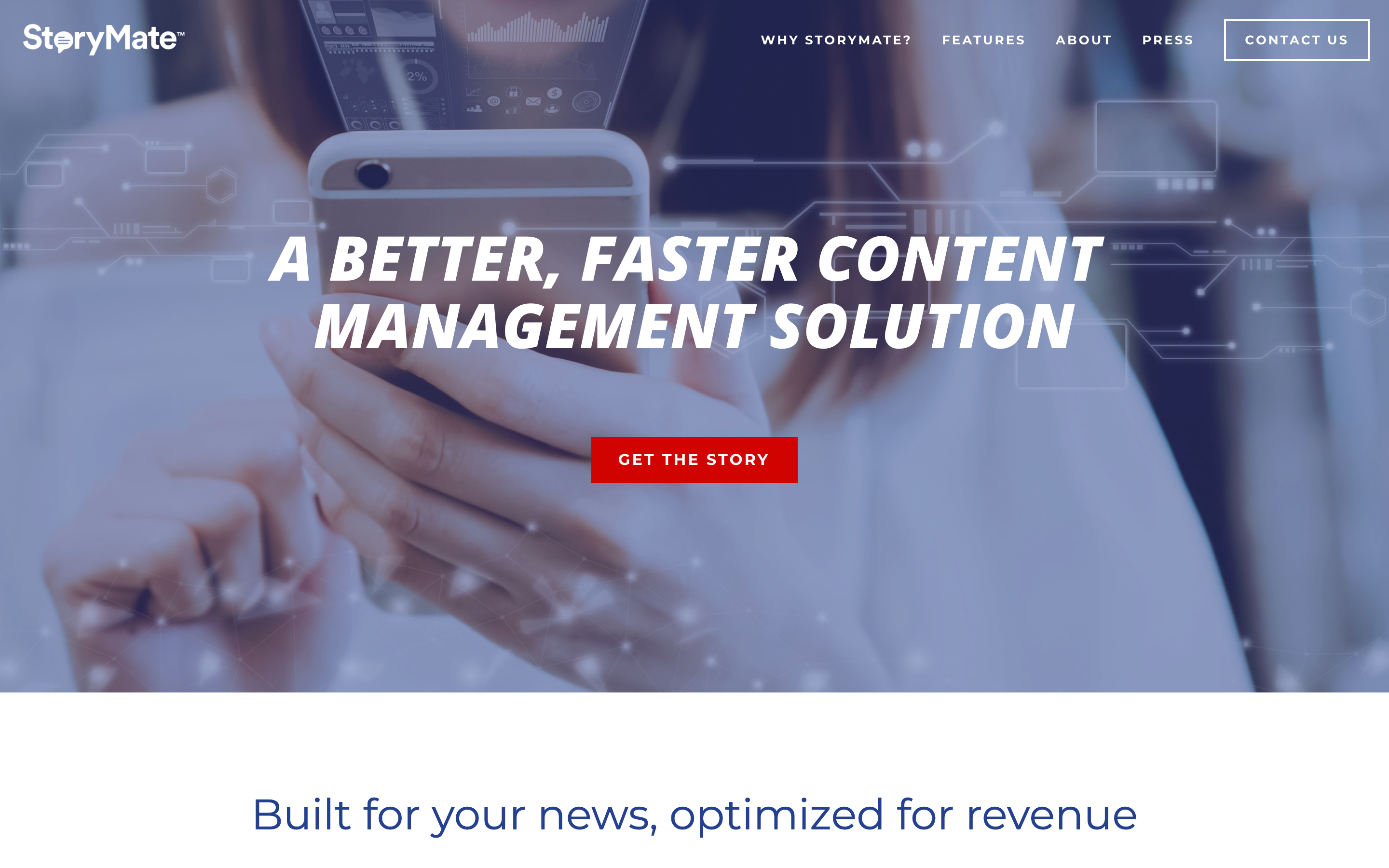 Before migrating to StoryMate and Pantheon, content publishers and broadcasters were forced to use a CMS and hosting solution that would penalize the publisher for content that performed well.

“In the past publishers would fear a story going viral, because the additional hosting cost was not accompanied by additional revenue. StoryMate changes the game,” says Cory Kampschroer, Director of Marketing and Sales at StoryMate.

StoryMate needed a flexible solution that could give their customers peace of mind without stretching their budgets. The team at StoryMate searched for a solution and found Pantheon.

“Now we’re saying, ‘Look, you’ve got a stable, secure platform on Pantheon, and you can monetize your traffic more efficiently. If you get a story that goes viral, that’s great. You’re going to serve more ad impressions and more page views, which means more money—but you’re not spending more money on hosting,” says Kampschroer.

Hosting with Pantheon: It Just Works

According to Toby Collodora, VP of Content Strategy at Cordillera Digital, the migration to Pantheon went so smoothly that it completely slipped her mind. “It was probably two months after we completed the launch of our group of sites when I stopped to think that I hadn’t had to call Pantheon for any kind of performance issues, where I was calling our former provider at least a couple of times a week,” she says. “Hosting should be one of those things that just works, and you don’t have to think about—and that’s what we have now.”

Not only has Pantheon helped both StoryMate and its clients gain peace of mind, but they’ve also saved time and money while reducing stress. “You want to be able to feel comfortable knowing that on election night—for example—when traffic spikes, you’re on a stable, reliable platform,” says Kampschroer. “No matter what kind of traffic spike hits, you want to be confident and comfortable with your hosting platform—to handle any kind of traffic that comes your way.”

The Future on Pantheon: Better Service at Lower Cost

According to Kampschroer, Pantheon is StoryMate’s preferred web hosting platform. “Not only for the service and support offered,” Kampschroer shares, “but also because it is a better, more stable product that saves us a lot more money. Pantheon gives us better service at a lower cost.” He adds, “StoryMate plus Pantheon is a great solution.”

Thanks to the success it’s seen, StoryMate will continue using Pantheon to host its clients’ websites—and clients plan to continue digging in, as well.

Collodora shares, “We are doing some updates this spring that will increase page speed on our site, and I’m looking forward to rolling these out and pairing them with the power of Pantheon.”