Barrel is an interactive design agency that creates websites and web applications for global brands and nonprofits alike. They rely on Pantheon for a secure platform that makes development and deployment easy.

Barrel is an NYC-based agency known for their expertise in building impeccably designed websites, digital displays, and custom apps. Their client base depends on it—most of them are lifestyle and consumer brands where the user experience has the power to capture or drive away customers in seconds.

Business was going well, but behind the scenes they were frustrated with the way they managed the hosting of their clients’ websites. Dealing with server management and varied client stacks was a drain on productivity and development resources. Wes Turner-Harris, Partner & Director of Technology at Barrel, wanted to put new workflows in place that would make them just as great at infrastructure as they are at the user experience.

We aren’t experts on hosting. We’re experts at building websites, and that’s what Pantheon allows us to focus on.

When it comes to making good decisions as they grow, agency founders often look to others who have been there. That was the case with Barrel, who heard about Pantheon from another agency. They loved the workflows the platform had built for teams like theirs—a place to manage hundreds or thousands of Drupal or WordPress websites with best practice workflows and airtight security. 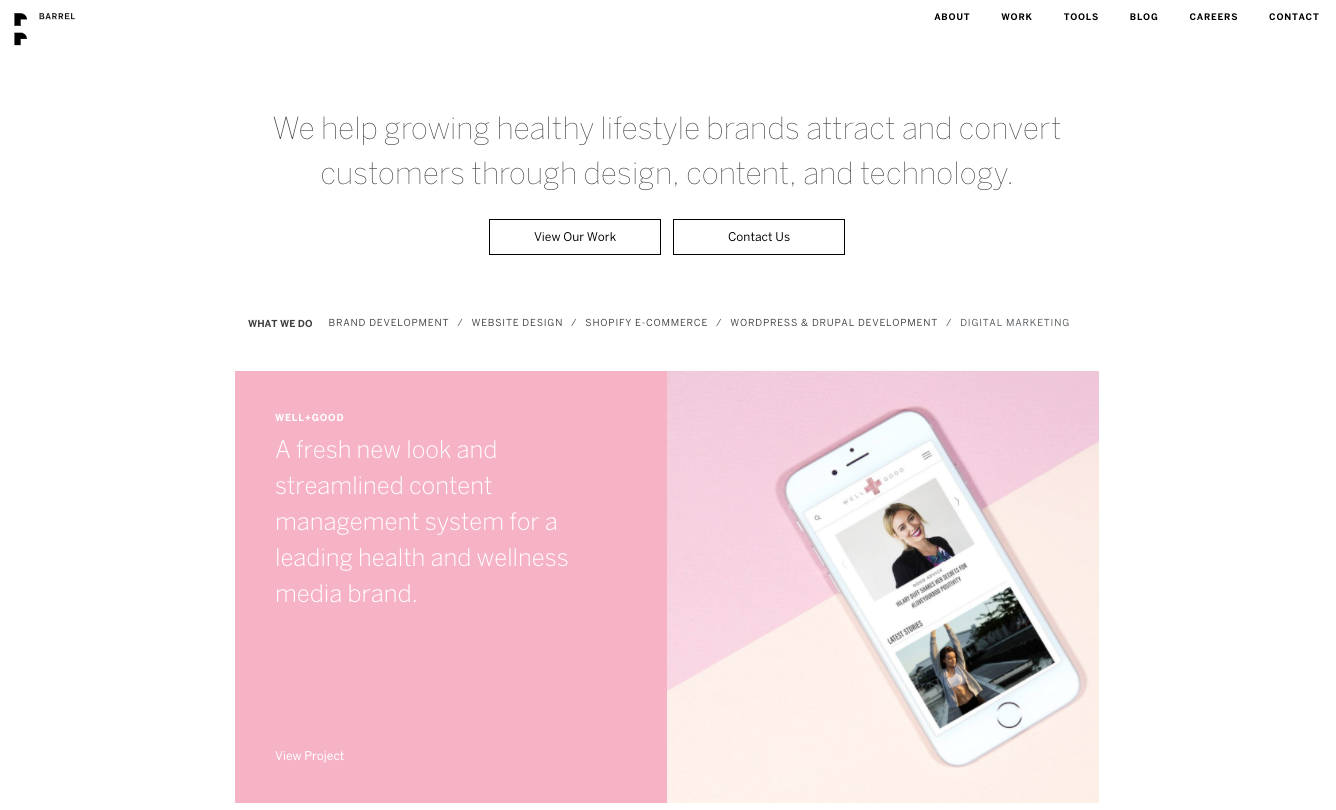 When Infrastructure Slows Down Velocity

As a relatively small agency experiencing healthy growth, Barrel was wary of losing productivity to tasks that weren’t part of their core competency. They have around 30 employees, including a handful of developers who were spread thin managing bespoke website infrastructure for each client.

For most of Barrel’s history, they let the client take the lead on hosting decisions. They were setting up servers in several places, using tools like Siteground, Rackspace, or Digital Ocean—it wasn’t standardized at all. Updates and security measures were tedious. Each site required maintenance at different times. Each different hosting setup presented different problems, and the sheer variety made it difficult to excel.

Most of Barrel’s clients use WordPress. The team knew that if they could develop a workflow that uses industry best practices, the new client ramp-up time would drastically lower. That meant solving security problems, implementing testing environments, and automating deployment.

Before fully standardizing on Pantheon, Barrel decided to try out the platform on one of their elite service level customers. They had heard from another agency that Pantheon could solve their problems, but they wanted to see for themselves. “From that first client we could clearly see the benefits of Pantheon and its tools”, says Turner-Harris.

The agency quickly made Pantheon their go-to platform for all client projects. They were excited about the prospect of growing their business without having to hire, knowing they would be able to deliver stellar websites faster and take on more work because of Pantheon’s streamlined workflows.

As they made the switch, Barrel developers got intensive, customized training from the Pantheon team. Knowing they could count on support from Pantheon, they were ready to see what could be done with their new set of DevOps tools. 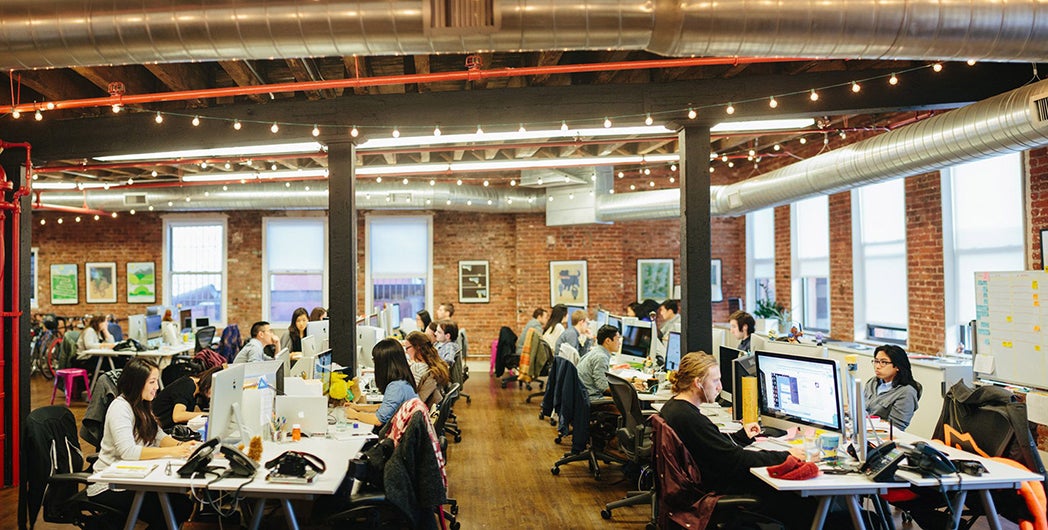 The Best Industry Tools, All Baked into One Platform

Before Barrel became a Pantheon partner, the dev team was manually spinning up new environments for each client website. Setting up components of the stack, like Nginx, Apache, Varnish, PHP, and mysql was taking more time than it should away from client-facing work. They’d often spend a week setting up a new project.

Turner-Harris was especially impressed with the performance-related tools that come with Pantheon. “Pantheon’s integration with New Relic has been a game-changer for monitoring client sites”, he says. Barrel uses it to stay on top of anything that might hurt the health of client sites, pinpointing the source of performance issues and often preventing them before there is any impact to the client’s business. If something ever happens to a site that’s unpreventable, Barrel’s DevOps team can quickly restore a previous version from Pantheon’s backup.

Underneath the hood, Pantheon has—and continues to add—a ton of tools that give the platform incredible value for agencies.

He also loves what he calls the “unmentioned tools”, things that speed up workflows like Pantheon’s command line interface, Terminus. His team has also taken advantage of Pantheon’s Cloud Integration Tools, a suite of tools that use platform hooks to run scripts every time a team member takes a specified action on on Pantheon. Developers can either start with commonly-used scripts from the growing Quicksilver library or write their own.

Agencies face a unique web development challenge that other companies don’t. They have to get clients on board with their chosen website solutions, or spend valuable time getting up to speed on a different solution.

“Pantheon is now a requirement for new projects”, says Turner-Harris. “If that requirement can’t be met, then we have to talk about how many additional hours and resources are going to be needed to spin up infrastructure.”

With Pantheon, Barrel is equipped to take charge of the hosting conversation. They start the conversation as early as possible, emphasizing the workflow, security, and performance benefits of Pantheon to clients. What’s more, Barrel still uses Pantheon for development and testing even if clients choose another hosting solution on which to deploy.

We develop within Pantheon regardless of final deploy because it makes our team more efficient. The tools and workflow are worth it.

Every growing agency will reach a point where process needs to evolve. In Barrel’s case, they found more efficiency and growth potential in the way they manage website infrastructure.

Better reliability is huge for the Barrel team, and it saves them a lot of time dealing with emergencies. “If something happens,” explains Turner-Harris, “we can restore the site from yesterday.” The workflows are safe, never compromising the live site. And managing security and updates is lightning fast—it takes one click to update a site on Pantheon.

When we first started using Pantheon, it just clicked—this is what we should have been using all along.

Standardized workflows mean Barrel is free to take on more of the work they love without worrying about whether they can deliver. Now that they’ve found their ideal workflow, the team is ready for another strong year of growth.

To find out how Pantheon can help your agency do more of what it does best, check out Pantheon for Agencies. 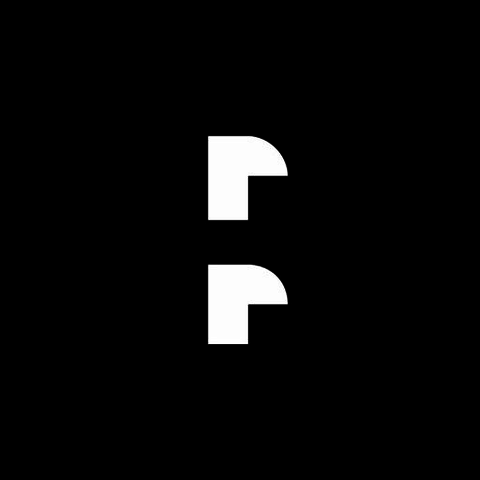 The Turbo Button for Teams

Spend more time on the work that matters. With Pantheon, your developers get instant access to a suite of tools and best practice workflows.