Four years ago, the American Civil Liberties Union (ACLU) made a move toward bigger, higher-profile campaigns and petition drives. They succeeded in getting more traffic to their information site, aclu.org—only to find their infrastructure couldn’t handle the increase in attention.

The ACLU chose to move the site to Drupal 7 and onto Pantheon. With Pantheon, they have found the stability and infrastructure they need to weather whatever traffic may come.

During the 2016 election, interest in the ACLU skyrocketed. The level of traffic to the site only intensified through inauguration day, and continues to rise with each new executive order. As fastly.com reports, traffic spiked over 8,500% after the travel ban was announced, and has sustained 2,000-3,000% of normal traffic since.

The first few weeks of Trump’s presidency have been turbulent (to put it mildly), and the ACLU’s role as a defender of constitutional rights has never been more crucial.

We spoke with the ACLU’s Associate Director of IT, Marco Carbone, about the organization’s switch to Pantheon, and how the platform is handling an unprecedented amount of traffic since the 2016 election.

What would you say is the main purpose of aclu.org? What audience does it serve?

Carbone: Our chief goal is to keep people informed. Our audience is comprised of donors, activists, members, partners, and people who are impacted by the ACLU’s work. We want to be in front of big news stories to incite action, and provide resources like the Know Your Rights section, which helps citizens defend themselves against rights infringement.

Carbone: We had a dedicated hosting solution. There was an organizational push for big petitions and campaigns, and that led to attention we weren’t expecting. Load times were slowing down, and we did experience some downtime.

At one point, we were getting up to 100 petition signatures per minute and it would take 12-13 seconds to process a single signature. We would hear about that.

We would go to [the vendor] and they would recommend more expensive hardware, and it would take weeks and weeks to get it ready to go. There was this overall feeling that site stability just wasn’t there so we decided we needed a solution that could scale with our efforts.

How did you hear about Pantheon?

Carbone: I knew about Pantheon from my days as a Drupal developer, going to DrupalCon events. We did look at other options, but Pantheon had a solid reputation. We did our research and found that it fit our needs.

How did switching to Pantheon help solve problems?

Carbone: Pantheon has held up extremely well in terms of scaling for the huge post-election traffic spikes we’ve seen.

On the security front, the ACLU does have some peculiarities, and Pantheon was very responsive to our unique requests. Where possible, Pantheon built these features into the platform.

How has the platform changed your development workflow?

Carbone: It’s completely changed the development process. We built a Drupal distribution for our affiliate sites to use if they want. We have an affiliate in every state, multiple affiliates in some states. Many of them are small so they may have out-of-date websites. So we built a custom Drupal distribution—Drupal plus custom modules—that’s kind of our standard ACLU affiliate website template.

We set up that distribution as an upstream in Pantheon. Now we can spin up a new Pantheon site for the affiliates. It solves distribution, most of it is automated. Once that site is live, we can manage it with a single upstream. If we push a new version, it shows up in the upstream and is available to all the affiliates. We can push new features that way. And we’ve also automated a bunch of steps of deploying changes out to all those different sites through Terminus.

Instead of having to go through the dashboard for 20 different sites, you just run one script, and it updates all the sites in parallel.

How has the current political climate affected the web presence of the ACLU?

The work we’re doing is more important than ever, and it’s important that our tools enable us to work efficiently and focus on what matters. With Pantheon, we not only have a great level of comfort that the site will scale and stay up, but our workflow is also much more streamlined so we’re able to spend time building new features and functionality. 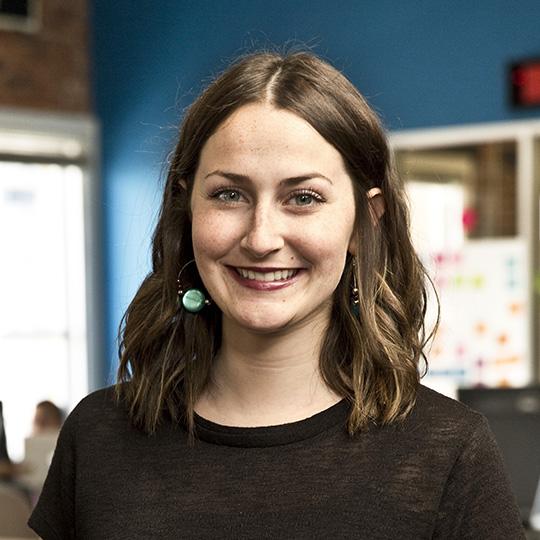