White Fuse is a digital agency that offers cost-conscious, personalized websites exclusively to nonprofit and charitable organizations. They rely on Pantheon to develop, host, and manage over 50 client sites.

For the past eight years, White Fuse has provided a hybrid platform for nonprofit websites. The agency offers a modular, personalized package plus proactive support for each client. This level of service enables White Fuse to offer professional-quality sites at a cost that appeals to charities with limited resources.

White Fuse found their ability to maintain and grow their client base limited by an unwieldy development process. They created their own staging and live environments, with a locally-hosted dev box and shared hosting for live. Despite their best efforts, mismatches between the two environments frequently caused issues when changes were rolled out. In addition, the team was spending hours a week pushing updates and managing infrastructure.

Andy Pearson, the agency’s Managing Director, wanted to standardize development and get White Fuse out of the infrastructure game. He chose Pantheon for a reliable elastic hosting solution with cloud-based development tools to save time, control costs, and free his team to work on the core platform. 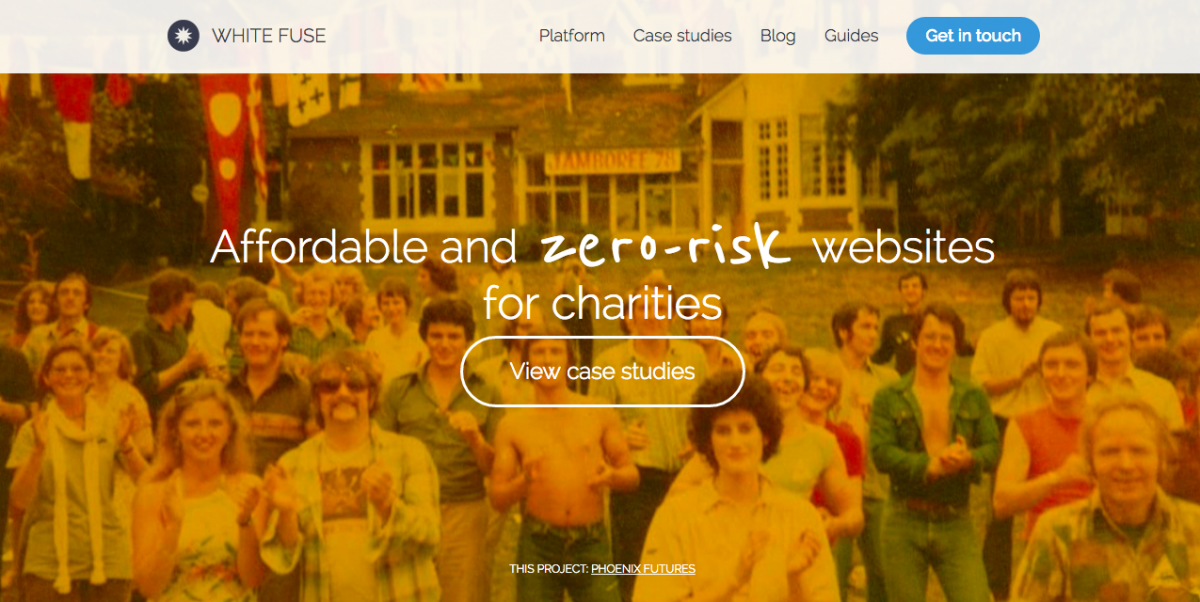 Evolving Towards Pantheon: Standardizing What Works

White Fuse’s search for new hosting coincided with the launch of a better way to design charity websites. The company used to approach each site as an all-new, 100% custom project. This approach let charities have a bigger say in the design process. But it ultimately had White Fuse putting the most effort into the aspects that had the least impact on each site’s success.

The team at White Fuse decided to pursue a radically different model: standardize on the things that worked well for all clients, reduce customization, and focus on a solid site backed by content strategy to ensure success. As they rolled out the plan to potential clients, White Fuse began to consider how their current hosting fit with the new philosophy. They found that they needed a different solution to thoroughly realize their vision.

Without development tools from their shared hosting solution, White Fuse had to create their own process. They built a development environment locally, then copied changes over to the live server for rollout. It was a time-consuming process with a fair share of duplicated effort built in. When changes were published, White Fuse frequently encountered problems due to mismatched configuration between the dev and live environments.

But the development process was only part of the problem. White Fuse had to manage updates, infrastructure, and security for each site individually. Even though all the sites were running the same Drupal backend, each client was slightly different, as each was given the most current version of the platform when they signed up. All told, the agency burned through 150 hours per quarter just managing security updates.

Pearson saw an opportunity to streamline White Fuse’s operations and give more value to clients, while freeing up time to develop the Drupal platform at the heart of their business.

Pantheon was already on Pearson’s radar from past experience, and he had a “gut feeling” it would be the right solution for White Fuse. But his development team needed to be convinced. At their insistence, the team embarked on a thorough review of the options.

Once the developers experienced Pantheon’s interface hands-on, they were quickly persuaded. Pantheon’s Reseller Program was another major factor: With progressive discounts as they increased the sites hosted on Pantheon, White Fuse would be well-positioned to scale their efforts in the future.

With Pantheon: Streamlined Development and Management

Now Pearson and his team can use the cloud-based developer tools on Pantheon to spin up, test, and deploy sites faster than ever before. The streamlined, standardized process means White Fuse can do more with less; a team of five can do just as much as, even more than, their previous 10-12 person team.

That ease of use means more responsive client service as well. Instead of needing weeks of preparation to launch a site, Pearson’s team can launch with just a few hours’ notice. Since the test environment is truly identical to live, they rarely encounter the problems that used to plague rollouts.

With Pantheon, White Fuse can batch update multiple sites at once, drastically reducing their IT overhead. Pearson estimates they spend a fifth of the time on security updates than they used to, from 150 hours per quarter down to just 30.

Now we can tell our clients, ‘whenever you’re ready, give us half a day’s notice and we’ll get the site launched for you.’

The Future: A Shared Codebase for Infinite Growth

Pearson is putting the time and effort saved with Pantheon to good use. Currently, each client is running on its own copy of the Drupal platform White Fuse developed, locked into the build that was the most current when they signed on.

Now, Pearson’s team plans to rebuild their platform in Drupal 8 and make it a truly shared codebase, one which can be constantly updated for existing and new clients. This standardized upstream will enable White Fuse to continue to grow for the foreseeable future and beyond, all while continually providing more value to their existing clients.

White Fuse serves nonprofit organizations working with limited budgets to make a positive change in the world. With Pantheon’s development and management tools, White Fuse can provide top-tier service while controlling costs. Pantheon’s reseller program empowers White Fuse to better serve the clients they have now, and leaves them well-equipped to serve many more in the future.

For more information on the Pantheon Reseller Program, contact Pantheon today. Or create a free account to explore the platform for yourself. 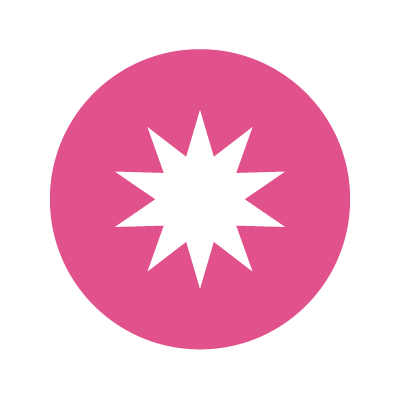