Progressive Media is a leading UK digital media company, operating across a wide range of sectors. They operate a number of high-profile consumer-facing sites including the New Statesman, one of the UK’s top political news sites. Progressive Media trusts Pantheon for reliable, scalable web hosting under the heaviest of traffic loads.

In 2014, one of Progressive Media’s top political new sites was about to be thrust into the spotlight of upcoming elections. New Statesman had been a trusted source for UK politics since its roots as a newspaper in the early 1900s, but now the majority of its readership was online—and about to triple as the election season drew near.

Toby White, CTO of Progressive Media, expected a surge in website traffic in both NewStatesman.com and their companion electoral analysis site that was already rising in popularity, May2015.com. It worried him that both were already experiencing performance issues over a month before the election.

The company turned to Pantheon for reliable, high-performance hosting, knowing the platform could handle big traffic spikes around the election while providing robust WordPress hosting year-round.

I’m not interested in managing servers. I want to do my job of building great web products. 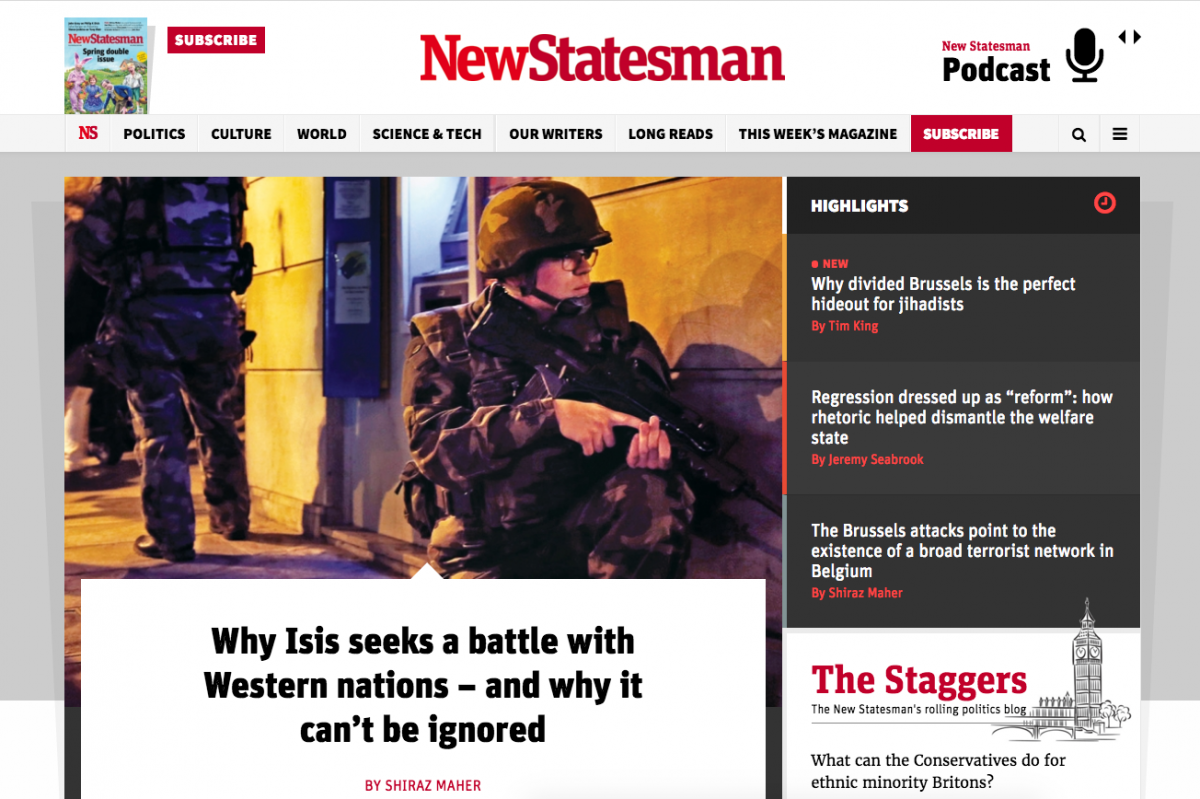 Before Pantheon: Unreliable Performance and No Time to Spare

Progressive Media’s various consumer media sites were hosted on a several different platforms before the move to Pantheon. This caused plenty of operational headaches, including scattered workflows and unreliable uptime. New Statesman, their flagship political site and go-to outlet for election news, experienced performance issues on a monthly basis.

When he started his search for a better hosting solution, White was disappointed that the “WordPress specialists” he found provided little more than extra server space. When he questioned their current host on its ability to handle election traffic, they simply asked how much capacity to add. Frustrated and unwilling to buy server capacity based only on a rough estimate, White looked elsewhere.

Progressive Media needed a platform that could provide reliable, scalable hosting for both New Statesman and May2015.com. On top of election-month traffic, the solution needed to improve their workflows long-term so they would never have to face the same troubles again.

White had heard from colleagues that Pantheon might be the solution the digital media company needed. As election day drew closer and traffic began to rise, he saw the urgency clearly in both sites’ declining performance.

Pantheon’s high-performance hosting was the top selling point. Instead of guessing at traffic levels for each site and paying for the maximum capacity anticipated, Progressive Media was able to scale up and down instantly to meet each day’s demands. Because of Pantheon’s flexibility, they could be confident the sites would stay up and running smoothly as pageviews soared.

Migration began for New Statesman and May2015.com just three weeks before the election. To meet this aggressive timeline, Pantheon worked around the clock with the Progressive Media team to make sure they would be ready for the public eye as the big day approached.

A Sigh of Relief on Election Day

On election day, Pantheon’s tech team was on full alert, ready to jump in and help if needed. But both the New Statesman and May2015.com performed beautifully as traffic flooded in. 400,000 visitors came to the New Statesman throughout the day—three times the normal volume of traffic.

With May2015.com, the numbers were unprecedented. In the week before the election, it averaged 250,000 visits per day. On election day it got over 2 million pageviews, with over 300,000 in the hour that the polls closed.

With our old host, our site would have crashed at the most critical moment. With Pantheon, it was totally solid.

With Pantheon, both sites scaled to handle the additional capacity, then scaled back down after the rush was over. Progressive Media saw amazing performance when they needed it the most—without having to pay for extra capacity when they didn’t.

The New Normal: Efficiency and Automation

Before making the switch, White’s development team was maxed out running just five sites. Now the same group manages over 20 from a single dashboard in Pantheon. Progressive migrated their few remaining sites not on Drupal or WordPress, specifically so they could take advantage of the Pantheon platform by standardizing for all of their sites.

Handling traffic spikes is important, but Progressive Media gets much more out of Pantheon. The platform’s built-in CDN and advanced caching speed up performance, which the digital media company can monitor with pinpoint accuracy thanks to New Relic. When they need to update WordPress or protect their sites from reported security issues, it can be done in a single click.

The Progressive Media team also makes great use of Pantheon’s Multidev environment, where they coordinate development efforts seamlessly between the India and UK teams. Each can work independently on separate branches, then easily merge the changes and push to the live sites. White estimates their development team is working 2-3x faster on Pantheon than they were before.

Their newfound automation around sysadmin work, security, and performance lets Progressive Media focus on innovation instead of troubleshooting. They can quickly spin up test sites and temporary sites, continually pushing the envelope of what their team can deliver and experimenting with new ways of engaging audiences.

The news cycle moves rapidly, and any successful media company must keep up the pace. With Pantheon, Progressive Media and its top political sites can even get ahead of the game.

To see for yourself why Progressive Media trusts Pantheon to build, launch and run websites, sign up for a free account today. Or learn more about the fastest hosting platform on the planet.

Thanks to Pantheon, Progressive Media has seen great gains in reliability and productivity: