In this case study, Sean Larkin shares how he and the ThinkShout team developed and launched an integrated CMS/CRM solution for The Forum of Regional Associations of Grantmakers.

The Challenge: To Build a Flexible, Integrated CMS & CRM

The Forum of Regional Associations of Grantmakers (The Forum), a national network that supports and strengthens regional associations in their promotion of effective philanthropy to improve lives in their communities, consists of 34 geographically-based professional associations, each staffed by one to 20+ people. 17 associations share a common technology platform. The Forum wanted to move away from a very custom content management solution and CRM to something more open and flexible.

The associations chose Drupal for CMS, Salesforce for CRM, and ThinkShout to build the distribution, including the integration code for syncing Drupal with Salesforce. (Jackson River developed the Salesforce managed package.)

Pantheon is the only solution that allows a network of nonprofits to roll out a shared Drupal distribution.

Why They Considered Drupal Multisite—But Advised Against It

1. Hard to customize. All 17 websites would be using the same codebase. It’s hard to manage that many customizations, and to pull in customizations across that many websites.

2. Risky to update. Things can become quite fragile with Multisite, even in testing. If you screw up, you can take down 17 websites with just one click.

Ultimately, they recommended the Pantheon platform.

The ThinkShout team recommended Pantheon for a few reasons:

1. One shared distribution. “Pantheon is the only solution that allows a network of nonprofits to roll out a shared Drupal distribution,” Sean Larkin said. “Pantheon’s managed distribution tools are unbelievable. Without Pantheon, we’d need to do another 100 hours of custom development operations. There’s nothing else on the market like it, period.”

2. Ease of updates and spinning up new sites. It’s also easy to merge specific distribution updates with custom work on a given instance.

3. High value. “The out-of-the-box performance is really high compared to other offerings.” Larkin said. “Also, the pricing is significantly more competitive. The total cost of ownership on these sites is lower, too, because of the infrastructure Pantheon provides. I tell my clients they can’t just look at line items when they’re evaluating their options. They have to look at how it reduces development costs and streamlines support over time.”

4. Responsive service. “Pantheon comes with a top-notch service level agreement,” Larkin said. “Other providers don’t always respond if you’re not on their highest-level plan. I’ve noticed that Pantheon treats their nonprofit clients the exact same way they treat everyone else. They’ve always been accessible and open to our feedback.”

5. Easier to customize. “As a development shop, our goal is to build really custom, beautiful sites that are unique to each client,” Larkin said. “Because we have a lower-level feature set, all our clients need customizations, and we need Pantheon. It allows us to easily merge new features and custom code in and out. It’s better than anything else out there.”

2. Salesforce integration. “Anyone with site-building skills can sync any Salesforce object with any Drupal entity,” Larkin said. “The distribution has a starting point for mappings, which are easy to change and customize. If an association wants to use the tools in its shared Salesforce template, it can roll out a version of the Salesforce package, spin up the distribution on Pantheon, then work with us or any other vendor to customize the package.”

ThinkShout also released a completely new version of the Salesforce integration suite for this project.

Most of the sites are in staging right now, while others are slated to launch within the next 3 to 6 months.

“Our client knew they were early adopters of Pantheon, and they were the first non-developers to deploy sites on the platform,” Larkin said. “There have been some bumps along the road, but it’s easy to accept that things are new when Pantheon has such a high level of accountability. The team at Pantheon has been very attentive to our feedback, and quick to make reasonable changes to the platform to meet our client's needs.”

The Outcome: Innovation Made Simple

“Pantheon is the only tool that allows our clients to roll out websites one at a time by themselves, without needing to rely on us for feature and site deployments,” Larkin said. “If an association decides to launch, it has all the tools in hand to do that, without touching any code. That’s pretty unique.”

“The architecture makes it easy for us to take the code that powers new features, and roll it back into our distribution,” Larkin said. “Once we’re ready to push these changes upstream into the site's git repository, the Forum's website managers can log in, pull down the new functionality we’ve built, test it using Pantheon’s development workflow and tools, then deploy with two clicks. The interfaces for managing the three environments are very intuitive. It was easy to train our clients on how to manage code through the admin console.”

Pantheon for Agencies—all our best features, for free
Drupal 8 on Pantheon: The Latest Stack + The Latest Drupal
Human Rights Watch: Reporting for the Greater Good on Pantheon 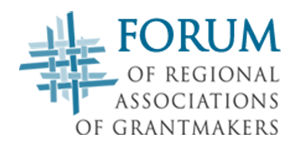 Get free access to Pantheon for Agencies by applying to Pantheon’s Partner Program.