Apigee is an API management company that offers a core “portal”, which clients can customize with their own custom codebase. Apigee relies on Pantheon for a true multitenant solution that allows flexibility for its enterprise clients without compromising core integrity.

Apigee develops an API platform that enables companies of any size to connect with their customers, partners, and employees. With Apigee’s platform, clients can use their data to develop custom experiences that accelerate the pace of digital business.

Apigee provides a portal for each client, with shared code that clients can customize to suit their particular requirements. With Apigee’s previous hosting setup, offering that level of customization to clients led to challenges in maintaining stability.

Each customer had their own database and snapshot of their custom codebase, but the core code was shared by all. So an issue with one client’s custom code could take down the whole system.

With Pantheon, Apigee was able to create true end-to-end multitenancy. Apigee maintains and develops a core model profile, which they can push to each client’s portal. Users can even pull the latest build of the core on their own without impacting any other client.

Apigee now manages 300 client sites on Pantheon, with over a thousand more development sandboxes to explore possibilities for future users.

Our involvement with Pantheon started as a fire drill. Now we are investing for the future. 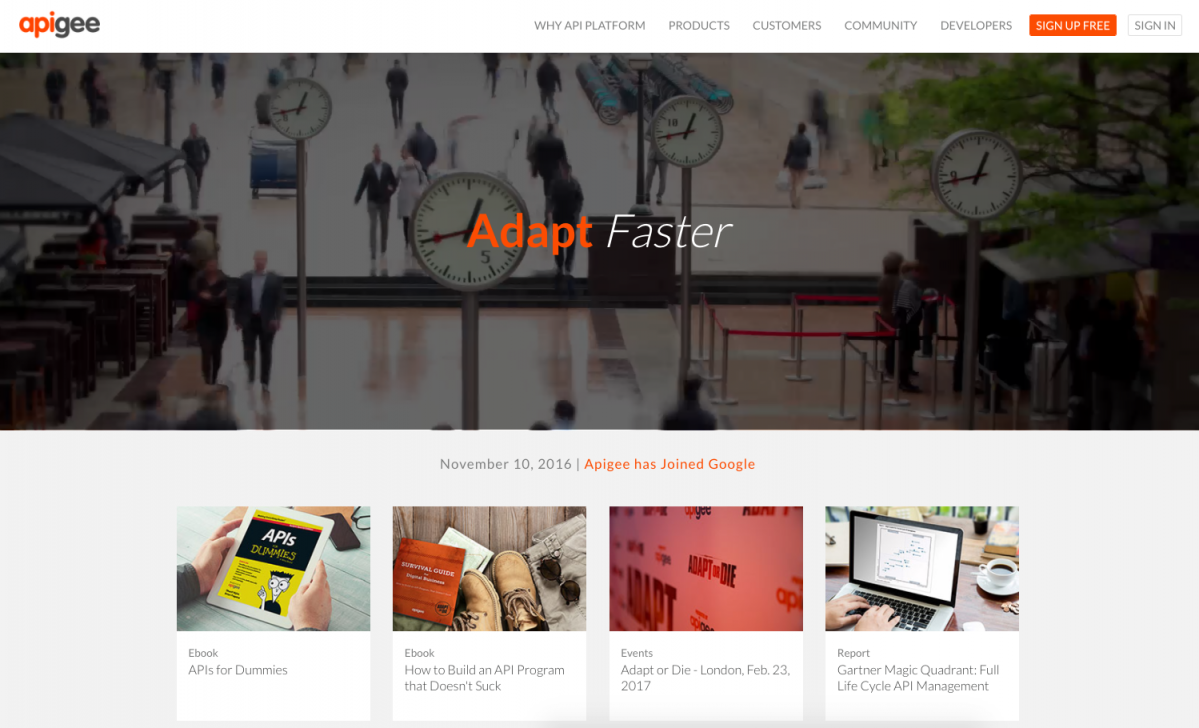 Apigee’s cloud hosting solution was serviceable to begin with. As the company took on more clients, however, it became clear that although it was multitenanted in philosophy, it wasn’t in execution. Each client had their own unique custom codebase built on top of the core code, making it a challenge to keep them all up to date.

“An issue for one customer could bring several others down,” says Harsh Chevuru, Apigee’s Engineering Leader. “It was causing significant downtime. We take great pride in speed and execution with quality, and that’s where we were suffering.”

Apigee needed a better way to manage its core + customization model. They needed a true multitenancy solution, in which customers could have independent copies of the core code, but still easily incorporate fixes and make updates.

As a cloud-based company staffed with talented Drupal developers, Apigee first considered creating a new backend infrastructure themselves. As they explored this option, though, it was clear that creating just the right solution would take a significant amount of time. Time that could be better spent developing for users.

The team at Apigee evaluated multiple platforms, ultimately choosing Pantheon for ease of administration and management. They could see the process on Pantheon would be clean and simple: Apigee could push fixes to one or a hundred clients without disrupting performance for anyone, as each customer would have their own truly isolated portal. Pantheon’s interface was intuitive enough that clients could even take on some of the management duties themselves.

We needed end-to-end multitenancy—from code isolation, to traffic isolation, to databases, servers, and scalability. Pantheon Upstreams were the answer.

For Chevuru, the advantages of working with Pantheon were visible immediately. Apigee finally had a hosting platform that could keep up with their fast pace.

“The Upstream workflow is simple and clearly laid out,” Chevuru says. “We can spin up a new patch in a couple of hours. We can make a core fix, push it out, and it’s out there for customers. Before Pantheon, this process took a couple of weeks.”

Thanks to Pantheon’s intuitive dashboards, clients have taken the initiative in development as well. “We love the dashboard,” Chevuru says, “Although we’re knowledgeable Drupal developers, it’s very easy for even our more novice customers to maintain the code.”

Apigee’s positive experience extends to Pantheon’s support as well. Chevuru reports that in the last twelve months, there have been no issues with uptime or workflow, but that when the team has a request, Pantheon support is always available and responsive.

For the Future: Innovation and Transformation

With the burden of hosting off their shoulders, the team at Apigee has big plans for the future. “Before, it was all about how to keep the system up and meet customers’ immediate needs,” Chevuru says. “Now we plan on overhauling the portal all together, taking a fresh look at how we can better solve clients’ problems. Pantheon has enabled us to do that.”

Run your site on the fastest hosting on the planet & get more out of your development dollars.